Stakeholders task employers on inclusion of job opportunities for PLWDs 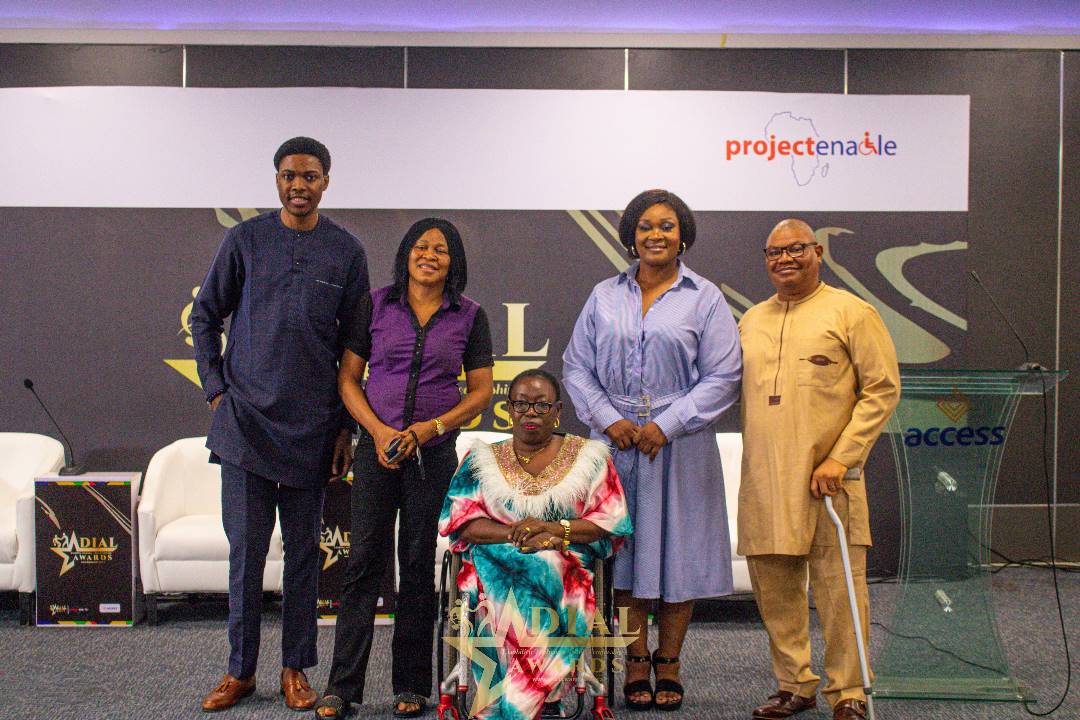 Stakeholders from all walks of life have renewed their calls for the rights and well-being of people with disabilities to be promoted in all aspects of society.

In order to commemorate the International Day of Disabled Persons this year, Project Enable Africa and Access Bank organised the Disability Inclusion and Leadership Awards (DIAL).

Dr. Joe Okei-Odumakin, chairperson of Project Enable Africa and president of Women Arise for Change, said during the event held at the bank’s headquarters in Lagos that the foundation has been working toward empowering People Living with Disabilities (PLWDs) through entrepreneurship skills and employment opportunities.

She emphasised the importance of all parties involved in the public and private sectors coming together to support those who are disabled in society, stating that “Nigeria cannot move forward if about 1/3 of its population is left behind and neglected.”

She said: “Today is special to us because Nigeria is home to about 20 million of PLWDs and about 15% of the global population according to the UN.”

She urged labour employers to take into account hiring people with disabilities because most of them have important roles to play and, more importantly, families to support.

Olushola Owonikoko, the foundation’s executive director, said that the DIAL Awards presentation was started to commemorate their achievement in empowering PLWDs and vowed that the foundation would not give up on the fight against prejudice against people with disabilities.

Joseph Kruzich, Public Affairs Officer at the US Consulate General in Lagos, made the request to the government earlier in his speech so that PLWDs would have equal access to facilities and employment.

According to him, “In the United States and elsewhere, when you empower the disabled in your country, you increase the prosperity and find ways for them to be integrated into the private sector and the economy because they make great and significant contributions to the country.”

However, he urged the public to abstain from discriminating against the disabled, pointing out that even in their disabled state, they possess ability.

Adenike Lawal, senior special adviser to the governor of Lagos State on disability affairs, expressed regret that discrimination against the disabled continues despite efforts by caring members of society.

She encouraged people with disabilities (PLWDs) not to let their status stand in the way of them achieving lofty heights while praising the efforts made by the Babajide Sanwo-Olu-led administration for the welfare of the disabled.

The highlight of the event was the distribution of DIAL awards to eminent individuals, organisations, and States that have promoted inclusivity for PLWDs. The Sheraton Hotel presented an award for the private sector’s support of innovation and inclusion for PWDs, and Plateau State was given the prize for the year’s most disability-inclusive state.

Additionally, Voice of Disability Initiative (VDI), an NGO with headquarters in Abuja, won the Organizations of Persons with Disabilities award for its work promoting disability inclusion.

Eucharia Iyiazi, Ejiro Okotie, and Urionu Ngozichukwuka are other individuals in the personalities category. They were each awarded Individuals Leading Inclusion in the Private Sector, Disabled Sportsman of the Year, and Disability Champion of the Year, respectively.

Previous Article‘If you’re impregnated by another man, open up to your husband, he might accept the child’ – Christabel Egbenya urges women
Next Article Dancer Poco Lee creates a scene as police officers accost him in Lagos (Video)