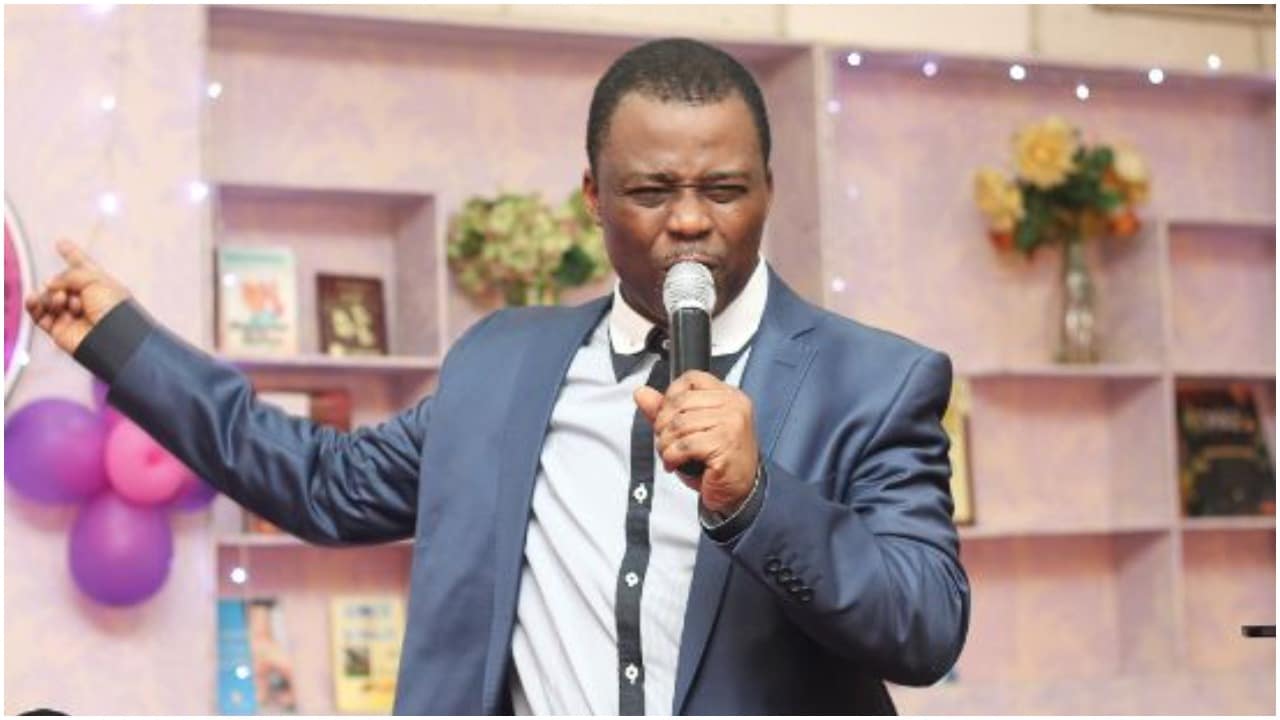 MFM Mountain Top Life Daily Devotional 6 February 2021 By Dr. D.K Olukoya – How To Activate Favour In Your Life (I)

TOPIC: How To Activate Favour In Your Life (I) (Mountain Of Fire and Miracle Ministries, MFM Daily Devotional 6 February 2021)

3 And he put them in ward in the house of the captain of the guard, into the prison, the place where Joseph was bound.

4 And the captain of the guard charged Joseph with them, and he served them: and they continued a season in ward.

5 And they dreamed a dream both of them, each man his dream in one night, each man according to the interpretation of his dream, the butler and the baker of the king of Egypt, which were bound in the prison.

6 And Joseph came in unto them in the morning, and looked upon them, and, behold, they were sad.

7 And he asked Pharaoh’s officers that were with him in the ward of his lord’s house, saying, Wherefore look ye so sadly to day?

8 And they said unto him, We have dreamed a dream, and there is no interpreter of it. And Joseph said unto them, Do not interpretations belong to God? tell me them, I pray you.

9 And the chief butler told his dream to Joseph, and said to him, In my dream, behold, a vine was before me;

10 And in the vine were three branches: and it was as though it budded, and her blossoms shot forth; and the clusters thereof brought forth ripe grapes:

12 And Joseph said unto him, This is the interpretation of it: The three branches are three days:

13 Yet within three days shall Pharaoh lift up thine head, and restore thee unto thy place: and thou shalt deliver Pharaoh’s cup into his hand, after the former manner when thou wast his butler.

14 But think on me when it shall be well with thee, and shew kindness, I pray thee, unto me, and make mention of me unto Pharaoh, and bring me out of this house:

15 For indeed I was stolen away out of the land of the Hebrews: and here also have I done nothing that they should put me into the dungeon.

16 When the chief baker saw that the interpretation was good, he said unto Joseph, I also was in my dream, and, behold, I had three white baskets on my head:

17 And in the uppermost basket there was of all manner of bakemeats for Pharaoh; and the birds did eat them out of the basket upon my head.

18 And Joseph answered and said, This is the interpretation thereof: The three baskets are three days:

19 Yet within three days shall Pharaoh lift up thy head from off thee, and shall hang thee on a tree; and the birds shall eat thy flesh from off thee.

21 And he restored the chief butler unto his butlership again; and he gave the cup into Pharaoh’s hand:

22 But he hanged the chief baker: as Joseph had interpreted to them.

MEMORY VERSE: “Grace [favour] be with all them that love our Lord Jesus Christ in sincerity. Amen.” – Ephesians 6:24

MOTIVATIONAL QUOTE:
Favour is God turning what the enemy meant for your bad and using it for your good.

PRAISE WORSHIP: Take a worship song as led by the Holy Spirit

PROPHETIC WORD FOR TODAY:
HENCEFORTH, YOUR LIFE WILL ATTRACT, RETAIN AND MANIFEST THE FAVOUR OF GOD, IN THE NAME OF JESUS.

How do you activate favour in your life? Having learnt about the power and wonders of favour, this is the next important thing to learn about favour.

The book of Ephesians says there is special favour for those who sincerely love Jesus: “Grace [favour] be with all those who love our Lord Jesus Christ in sincerity” (Ephesians 6:24 NKJV). Therefore, the first way the Scriptures prescribe for you to activate favour in your life and walk continuously in favour is to love the Lord Jesus Christ in sincerity. It means to love Him with all your heart, soul and might. It also means to love Him with unfeigned love (love without deception). You can do this by asking God to enable and help you.

Another way to reap a harvest of God’s favour in your life is to sow favour. Make sure that you are helping someone else and showing favour to them. In life, what you make happen for others, God will make happen for you. While in the prison, the chief of the guard had placed two of Pharaoh’s officials (the chief butler and the chief baker) under Joseph’s charge. One day Joseph saw that they were sad and asked them why. Both of them narrated the disturbing dream they had, and Joseph interpreted that Pharaoh would restore the chief butler but that he would behead the chief baker. Everything happened according to his interpretation some days later. The main point here is that the favour Joseph sowed was reaped later when Pharaoh had a dream and needed someone to interpret it. The chief baker eventually remembered Joseph and told the king. Joseph’s interpretation of Pharaoh’s dream made him Egypt’s Prime Minister. So to activate or unlock favour, sow favour in the lives of other people.

Abraham understood this principle and took advantage of it. He sowed into the life of a person who was highly favoured of God — Melchizedek, the king of Salem and priest of God. Abraham gave him the tenth (tithe) of all things. Hebrews 7:6-7 says “But he whose descent is not counted from them received tithes of Abraham, and blessed him that had the promises. And without all contradiction the less is blessed of the better.” Beloved, this same principle will work for you. Sow your resources, time and loyalty into the lives of those who are favoured by God (your spiritual parents, biological parents who are in the Lord, etc) and you will activate favour in your life.

Previous ArticleOPEN HEAVEN 6 FEBRUARY 2021 – A TIME TO HIDE
Next Article Okonjo-Iweala reacts as Yoo Mhung-Hee steps down, Biden endorses her for WTO job