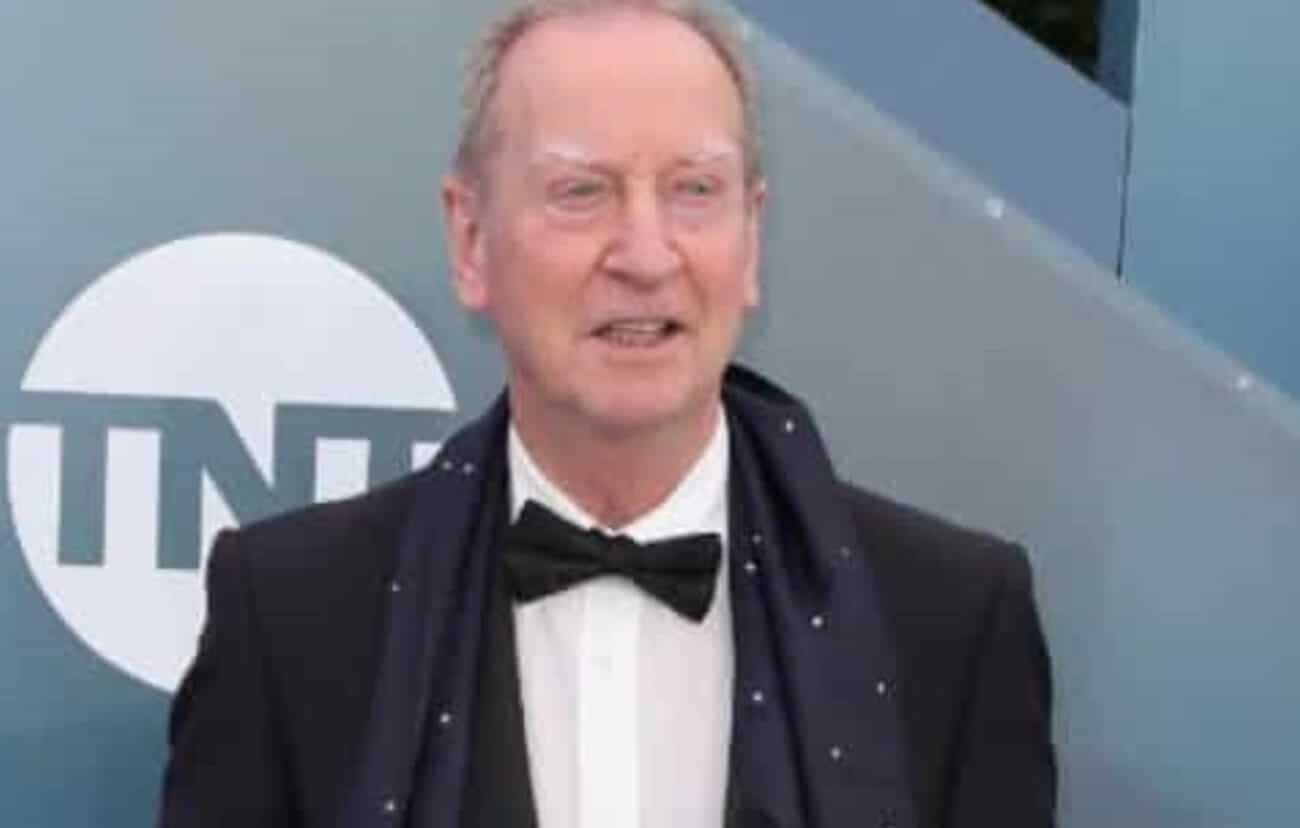 Bill Paterson is a theatre, film, television, and radio actor from Scotland. He has performed in a number of radio dramas and narrated a number of documentaries over his career. He has been in films and television programs such as Comfort and Joy (1984), Auf Wiedersehen, Pet (1986), Truly, Madly, Deeply (1990), Wives and Daughters (1999), and others.

Bill Paterson’s net worth is believed to be at $12 million. His acting career is his primary source of income. Bill Paterson’s annual salary + other career earnings totals more than $1.5 million. His prosperous career has allowed him to live in sumptuous surroundings and do exotic car trips. He is one of the richest and most prominent performers in the United Kingdom.

Paterson was raised in Dennistoun by his hairdresser mother and plumber father. His passion in performing allegedly began in 1961, after a school excursion to the Citizens Theatre in the Gorbals. He chose to pursue a career in architecture following high school, spending three years as a quantity surveyor’s apprentice before enrolling in the Royal Scottish Academy of Music and Drama.

Paterson made his professional acting debut in Bertolt Brecht’s The Resistible Rise of Arturo Ui at the Glasgow Citizens Theatre in 1967, with Leonard Rossiter.

Paterson became a member of the Citizens’ Theatre for Youth in 1970. He stayed on as an actor and assistant director until 1972, when he quit to play with Billy Connolly in the musical comedy The Great Northern Welly Boot Show at the Edinburgh Festival.

Paterson would eventually work with Connolly again, this time in his play An Me Wi’ a Bad Leg Tae. John McGrath encouraged Paterson to join his theatre group, 7:84, after seeing him perform at the Festival. 7:84 toured the UK and Europe with productions such as The Cheviot, the Stag, and the Black Black Oil.

He was a founder member of 7:84, making his London debut in 1976. In Edinburgh and London, he appeared in John Byrne’s debut play, Writer’s Cramp.

In 1979, he made his West End debut as the lead in Whose Life Is It Anyway? at the Savoy Theatre. Paterson’s career began to shift away from the theatre and toward television.

He made his film début in 1978 as a Scotland Yard police sergeant in The Odd Job, which was followed by the BAFTA-winning drama Licking Hitler. He played King James in the UK television series Will Shakespeare the following year.

Paterson’s biggest regret in his career occurred during this time period, when he failed to attend an audition for a role in the film Alien in 1978.

In Episode 7 of the original BBC Radio 4 rendition of The Hitchhiker’s Guide to the Galaxy, he played the Assistant Arcturan Pilot.

He played Lopakhin in the BBC production of The Cherry Orchard in 1981. Paterson did not completely quit the theater, and in 1982, he was nominated for a Laurence Olivier Award for his performance as Schweyk in another Brecht drama, Schweik in the Second World War, at the National Theatre. He was in the original National Theatre performance of Guys and Dolls (1982).

Paterson’s cinematic career began in the early 1980s, with roles in The Killing Fields, Comfort and Joy, and A Private Function (all 1984).

His other film credits include Dutch Girls (1985) and The Adventures of Baron Munchausen (1987).

He also appeared in The Crow Road (1996), a miniseries based on the novel Doctor Zhivago by Iain Banks (2002).