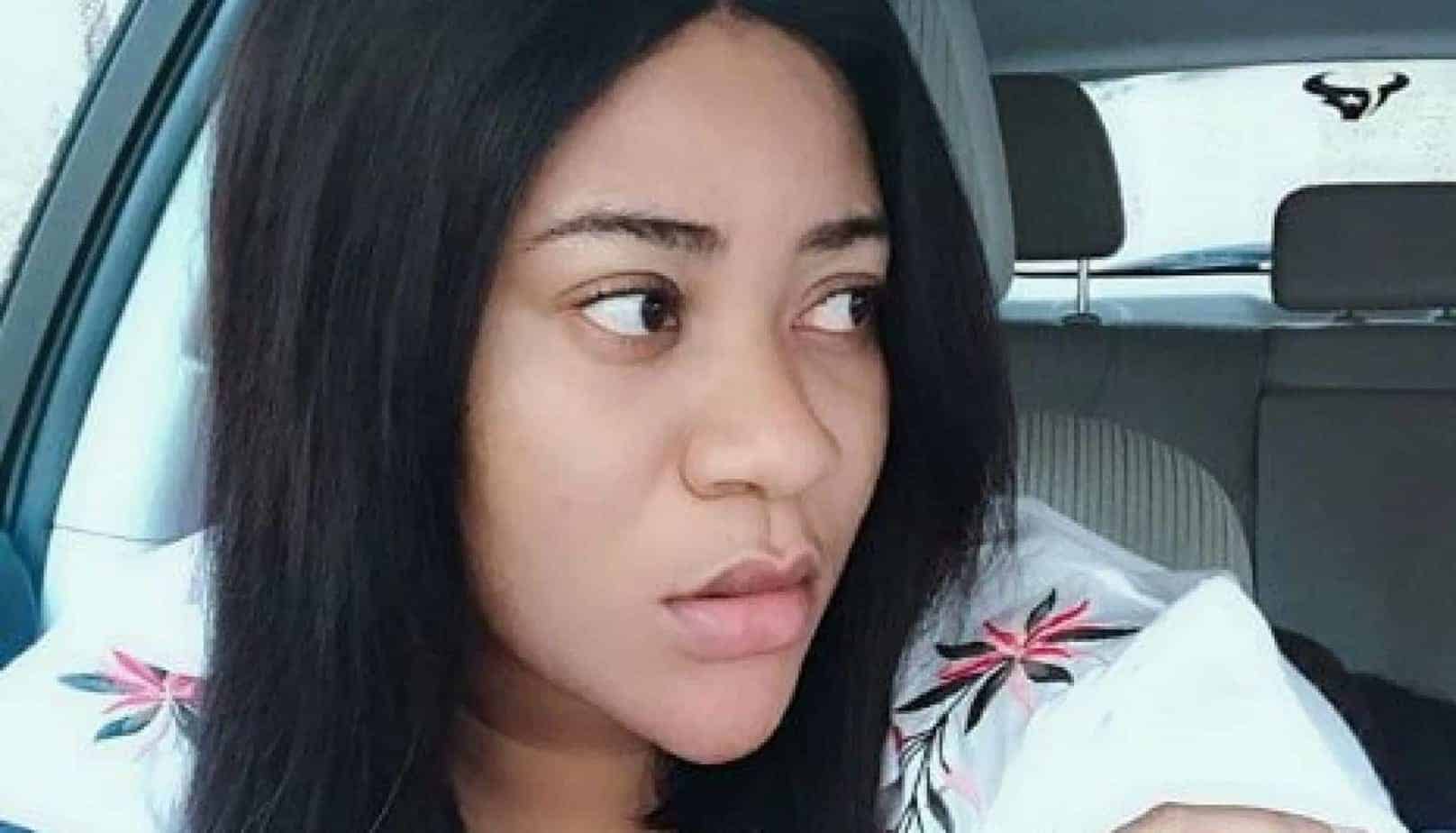 Nollywood actress Nkechi Blessing has taken to Instagram to lament bitterly about not using a private jet in her entire life.

This comes amidst the numerous private jets used by some celebrities and friends who attended the lavished funeral of Obi Cubana on Friday, 16th July.

Taking to her Instagram page to share a photo of herself, Nkechi Blessing said out of everything she has done in her life, she still has not been able to use a private jet.

She wrote: Out of everything wey I don do for this life,i never still Enter Private Jet…Dear lord….AMEN

Reacting an Instagram user questioned why she did not go to Obi Cubana Mother’s burial in Oba, Anambra state, and she responded by saying she went to Ijoye.

Kemifilani News recalls that Nkechi Blessing Sunday recently tendered an unreserved apology to everyone she has offended in the past following the death of music star Sound Sultan.

In the post shared on her Instagram page, the actress questioned her fans and followers about being comfortable with the last conversation they had with someone they currently have a grudge with peradventure death occurs.

According to the actress, there is nothing in life, however, an individual needs to play their part while still alive.

How Actress, Nkechi Blessing staged a fake engagement that back fired

Nkechi Blessing added that everyone she had offended should find a place in their heart and forgive her, and she has also forgiven those who had offended her.

Proud mum, Tonto Dikeh has taken to Instagram to celebrate her son, Andre as he attains another milestone in life.

According to Tonto, Andre is graduating to a higher stage of education and she and everyone around him are very proud of him.

The mother of one also prayed for her son as she celebrated him,

The many lies hair seller, MizNwanneka told about her marriage, how it ended

It's no longer news that popular hair vendor, Doris Nwanneka Nkumah, better known as MizNwanneka's marriage to one Willy Nkumah has crashed.

Kemi Filani News recalls that the duo who used to be loved birds walked down the aisle in 2013 and their union produced three children.

According to reports making the rounds online, Nwanneka, who usually takes to social media to talk about how her husband buys expensive stuff for her filed for divorce since 2019 and the case is still pending in court.

In her suit, Nwanneka cited "Irreconcilable differences" as her reason for wanting a divorce.

Nwanneka reportedly moved out of her matrimonial home one year after birthing her last child and filed for divorce.

According to reports obtained by KFN, the Isoko born politician, has secretly paid the bride price of the divorced mother of one and they're both traditionally man and wife already.

"Prince has paid her bride price and they are both husband and wife already. Their main wedding is coming soon and Tonto Dikeh is so excited" a source close to the actress told KFN.

Kemi FIlani News recalls that Tonto shared photos of herself with a travelling box, she won’t be going to Oba in Anambra for the burial ceremony of Obi Cubana’s mother. Instead, she is going to her husband’s house.