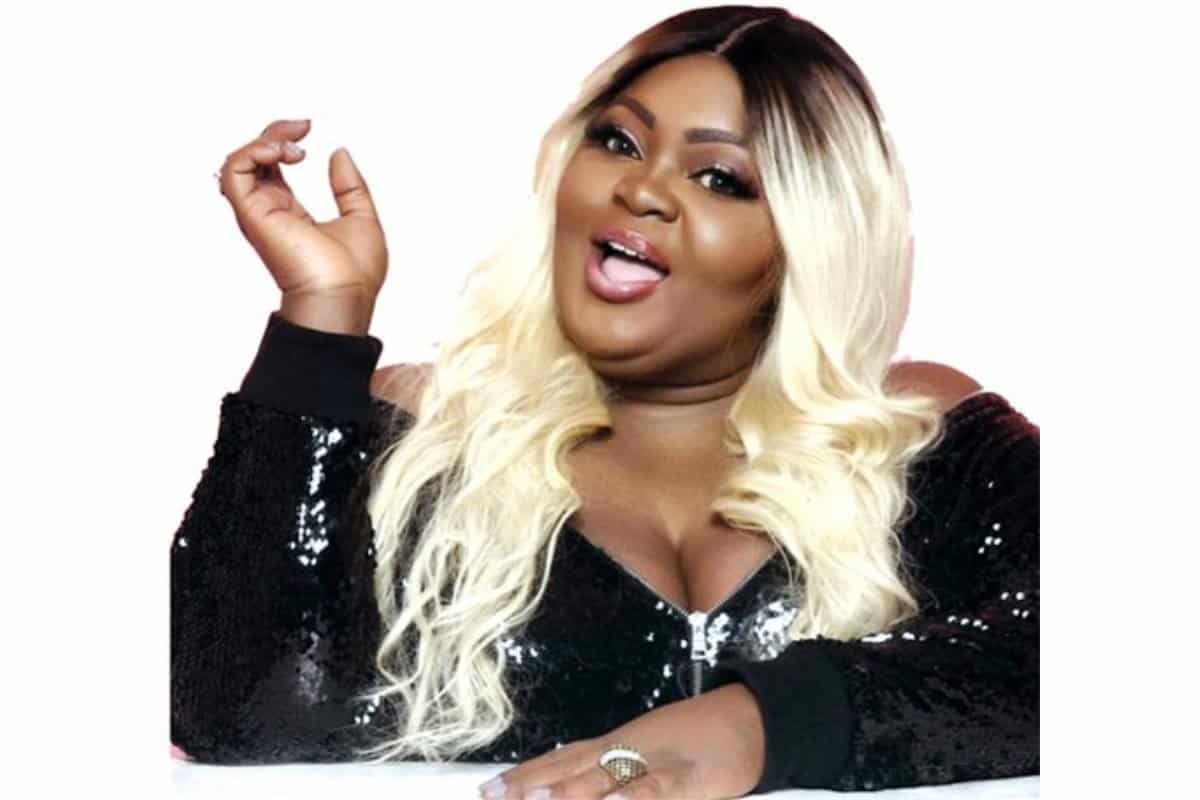 @nrindioma wrote “Or is it vice versa??? Because somebody must be collecting”

@itzadorable wrote “Madam rest, you not the only one.. we plenty but we no dey make noise”

@the_realfatfact wrote “You’re not the only one , there are plenty girls that doesn’t send your money . Some girls will rather collect from their toasters and spend rather than taking from their own boyfriend”

@mc_daprince1 wrote “Hmmmmm she might be right tho cuz if I am the one eating you , auntie you are the man I am the woman so you have to giving me money ooh it’s not easy to date someone like you”

KFN recalls that a few days ago, the plus-size actress made it known that a discussion that does not involve money makes no sense to her.

She wrote; IF YOU’RE NOT TALKING MONEY AM NOT SURE YOU’RE MAKING SENSE TO ME ITS MONDAY, MONEY HAS TO BE MADE.

‘I feel sad for them’, Actress Kehinde Bankole laments about her heartbreaking encounter with some roadside children

Nollywood actress Kehinde Bankole has taken to social media to express her sadness about some roadside children in traffic.

According to the actress, these children hovered around her car in traffic, perhaps to clean her windshield, while the female one approached her, demanding her wig and doing some irritating things on the car window.

Despite being harassed by their actions, she felt sad for their state of being and blamed the government for abandoning these people.

Kehinde urged the government to do something about the children living in traffic and harassing motorists and passersby.

Aunty give me your wig, she’s licking the window now, this hair big o, tell am make he gimme...

This comes eight months after President Muhammadu Buhari sent the list of the nominees to the Senate.

The Peoples Democratic Party (PDP) members in the Senate halted the process of the screening, accusing Onochie, who is presently a presidential spokesperson, of unnecessarily casting aspersions on their party.

They also faulted the idea of making Onochie, a card-carrying member of the All Progressives Congress as an INEC Commissioner to represent Delta State on the board of the commission.

‘An impact maker, thanks for making the world better’ Mercy Johnson, Sotayogaga, others shower praises on Tonto Dikeh
‘I am light’, Actress Omoni Oboli gushes over her exceptional attribute
To Top