Tacha, Seyi Shay and other Nigerians have reacted to sensational singer, Tiwa Savages statement that there can only be one of her types.

According to Tiwa, she would be mad if there were two of her and she is sure there can it can only be her.

Sharing some recent hot photos of herself, the mother of one wrote;

@symply_tacha wrote “The one and only TIWA!! We love you”

@sharonbelloofficial wrote “The real question is , is the world ready for two of you ?”

@gloryirubor wrote “Only one queen and that’s on Tiwa”

@seyishay wrote “The other would definitely be a counterfeit”

@therealjaybreeze wrote “There can only be one” 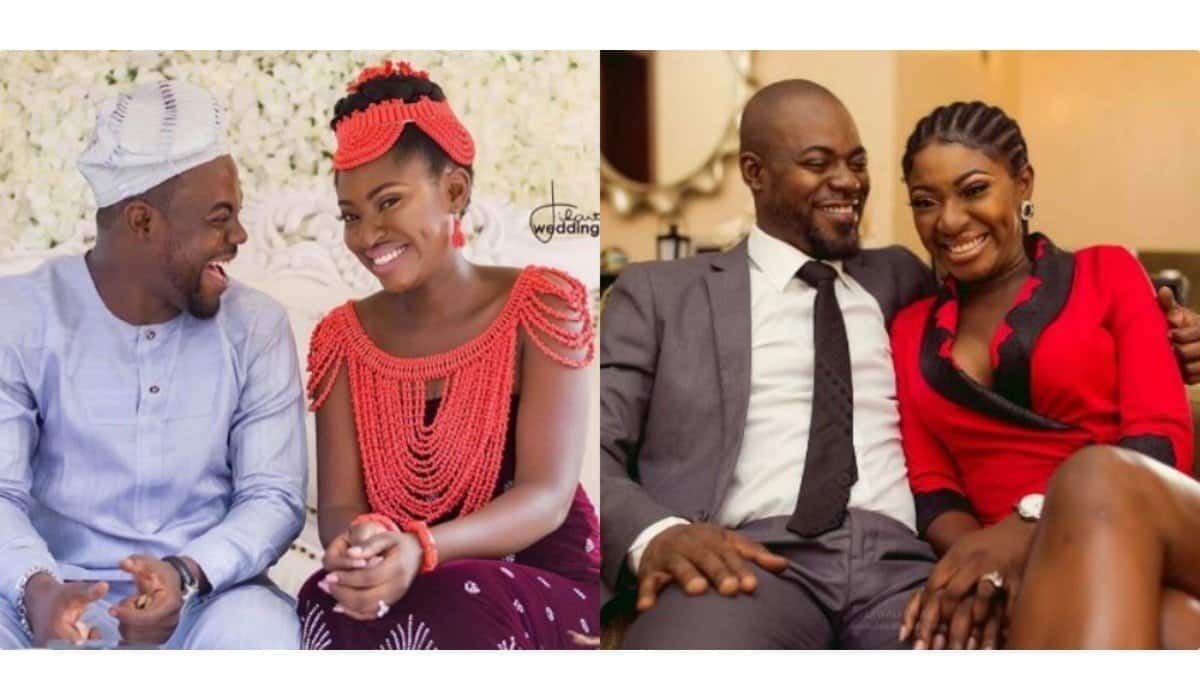 Nollywood actress Yvonne Jegede had shunned a follower who suggested she wants her ex-husband back when she shared photos of her late mother-in-law, Bukky Ajayi.

Yvonne Jegede, who was once married to Bukky Ajayi's son, Olakunle Fawole, before their marriage hit the rock three months after becoming pregnant with her son, took to social media to pen down a tribute for the late actress.

The actress and mother of one shared photos of herself and the late actress as she reveals how much she missed her and wished she was alive to see her grandchild, Xavier.

Big Brother Naija ex-housemate, Vee has reacted to claims that she does not support Laycon's music career.

This comes after a Twitter user identified as @MelvinEmcee accused the reality star of not promoting Laycon's album since he released it.

"Vee e dey hard u promote laycon album on your page biko… why??"

Reacting to this, Vee wrote;

"Whenever I'm on set getting ready, I play his songs on a loudspeaker and sing along like the fan I am, for other people to hear. That is promotion. Don't ever come for me"

Six years after the demise of veteran Nollywood actress Bukky Ajayi, Yvonne Jegede has expressed how much she misses her.

In a post shared on her Instagram page, Yvonne Jegede wished the late veteran actress was alive to see her grandson, Xavier.

According to Yvonne, she misses her late mother-in-law for so many reasons, considering how she loved and accepted her as a biological child.

The mother of one added that she would forever remember late Bukky Ajayi, especially her last days and her son will be proud to know about...