Nigerian singer Davido throws a big party for his first child, Imade Adeleke, who turned six on Friday, May 14.

The party held at the playground in Banana Island with friends and family members in attendance, including sensational singer Tiwa Savage and her son Jamil Balogun

While some netizens alleged that Davido and Sophia might be secretly dating, others averred the sensational singer would marry Sophia just like Annie and Tuface Idibia.

likee_mercy wrote: His single now and can mingle with former sweetheart

fashion_magicblog wrote: If they marry i will not be shocked thuo, road you have passed before it’s very easy to pass it again

aaeimed wrote: I think this two are now dating again. Which is not a bad thing tho.

rejoicenath wrote: Omo this baby mama thing no easy oh hv to pretend to ur kid that mummy n daddy are alright

This comes after Tiwa Savage and her son stormed the birthday party of Davido's daughter. Imade Adeleke had turned 6 years old on 14th May 2021.

Her mother, Sophia Momodu and Davido had organized a birthday party for her. While racing with the car at the party, other kids were captured, running after Imade leaving Jamil behind as he was unable to catch up with her.

Nollywood actress Bukunmi Oluwashina has opened up on why she decided to be restrained about her lifestyle.

Unarguably, Bukunmi is one of the Nollywood stars that hardly flaunt her achievements and acquisitions on social media for best-known reasons.

A few months ago, the actress made headlines after acquiring a multimillion Naira car. Still, she refused to share it on social media even when many of her fans stormed her Instagram page with congratulatory messages.

Bukunmi Oluwashina took to her Instagram page to share a photo of herself stepping out on a date with her husband as she stuns in a beautiful red dress.

Captioning the post, the actress said low key life is sweeter accompanied with the love emoji. She wrote: Na LOW... 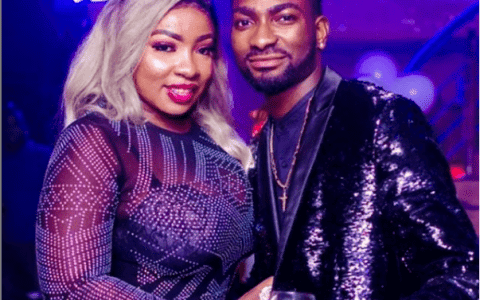 Nollywood actress Anita Joseph Olagunju has taken to social media to share a romantic photo with her husband, MC Fish.

When it comes to marriage, finding the right one to spend forever with is something that everyone is not lucky with, for this reason, Anita Joseph never stops flaunting her husband on social media.

In a post shared on her Instagram page, Anita Joseph gushed at her husband, describing him as her world in one place. She wrote.

My world in one place
…. babe zukwanu ike chai
What’s your caption

Reacting to this photo;

princessummuhani wrote: Love is sweet with the right person