Video of Nollywood actor, Mike Ezerunonye showering his senior colleague in the movie industry, Ngozi Ezeonu with plenty of money on her birthday has surfaced on social media.

In the video, Mike was seen spraying the veteran actress some cash at a party organized for Ngozi to celebrate her 56th birthday.

Sharing the video on his Instagram page, Mike wrote;

“All for our MAMA…You are a Blessing to us .Our ICON’

Reacting to the video;

@mccharleneofficial wrote “Awwww @mikeezu add extra from me!!!! She is such a talented actress”

@georginaibeh wrote “Mike you are amazing”

Before videos from the party surfaced, the Anambra State-born actress who is well known for her maternal roles in the movie industry took to Instagram to bless her fans with some adorable photoa of herself to celebrate her day.
Captioning the photos, Ngozi wrote;

“I JUST WANT TO SAY THANK YOU JESUS. HAPPY BIRTHDAY TO ME,” 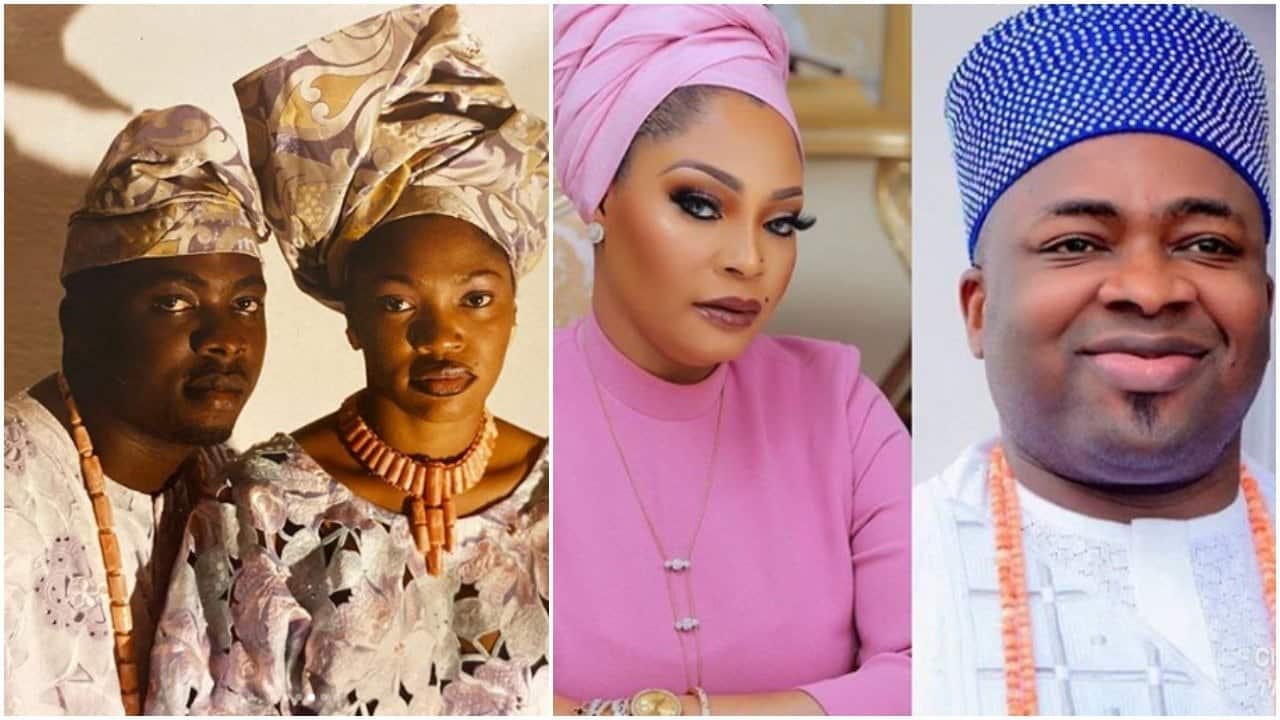 His Royal Majesty, Oba Saheed Elegushi has taken to Instagram to eulogize his first wife, Sekinat on their 18th wedding anniversary today, the 24th of May.

According to the King, Sekinat remains his queen forever because their union is unique and he is grateful to her for all she does.

"My friend from the beginning, my wife later and My Queen forever. It's 18years of bliss and glory to glory. Ours is a union in its uniqueness; it is the reason we've flourish together and our wonderful fruits are our testament. 18years today; forever to go...Happy Wedding Anniversary, My Queen, My Dearest Wife, the chief strategist and our master planner! Thanks for all you do..."

Dunsin Oyekan speaks on pulling through his wife’s death

Although the cause of her death wasn't disclosed, the gospel minister has now opened up on how he pulled through and is still pulling through.

During a recent worship session at a church he was invited to minister, Dunsin Oyekan sang one of the songs "I'll be here" from his latest album and mentioned that the song came as a special word to him when he lost his wife in 2019.

…this song came in pain. I lost my wife almost 2 years ago in the middle of tears, in the middle of pain, the only person I could run to, is God and I said to the Lord in one of those days ;“I"ll be...

Many people believe the suspension was a sham, knowing full well that there are others participating in a social media feud.

TAMPAN's reason for suspending Nkechi and Lege but not Iyabo and Yomi has been questioned by Nigerians.

Here are some social media responses from Nigerians:

"What about other members that have been doing rada rada...

‘My Queen forever’ – King Saheed Elegushi eulogizes first wife, Sekinat on their 18th wedding anniversary
‘I love you die’ Yeni Kuti’s husband expresses his undying love for her as she clocks 60
To Top