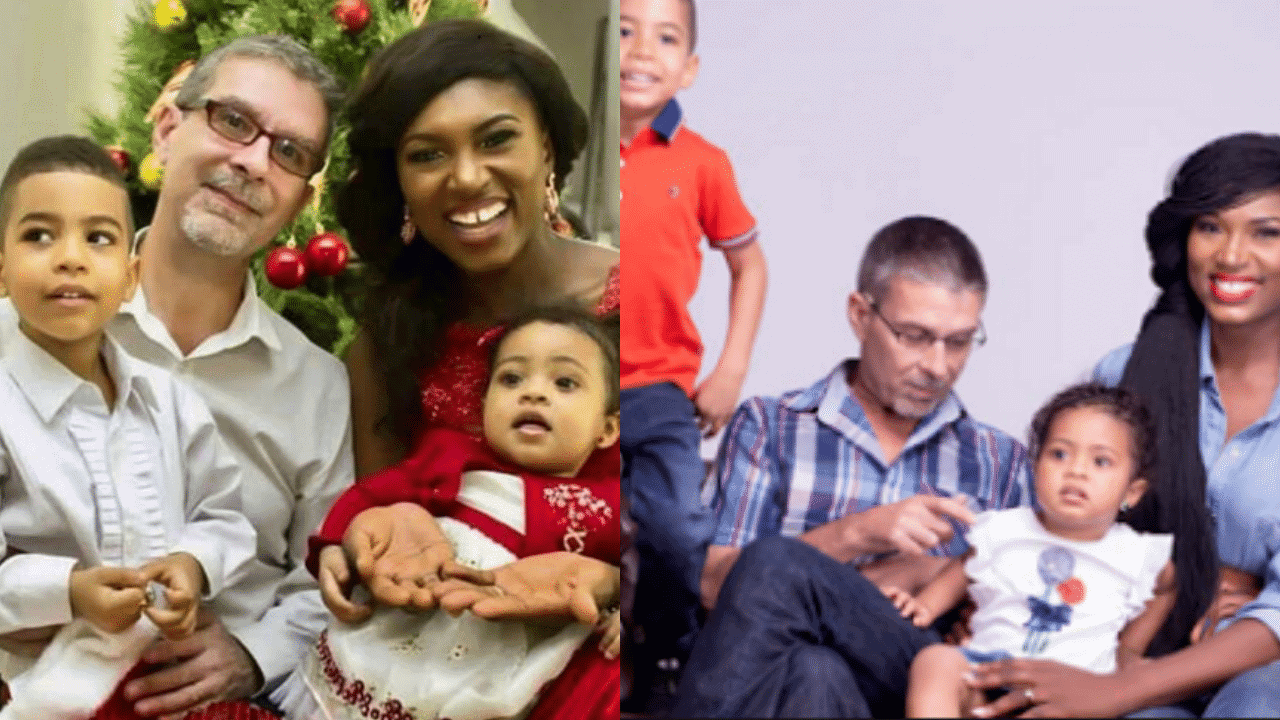 The actress who got married to Steven McDermott 11 years ago, and have two beautiful kids took to her verified Instagram page to express her excitement.

It’s officially our #WeddingAnniversary !
On a Saturday like this, on the 10th of April 2010, it became legal.

Sweet, thank you for the journey. I’ll do it with you all over again.
Through the ups and downs, our common denominator has been love ❤️.
May we remain under this coverage of grace and love. 🙏”

It would be recalled that in an earlier interview, Ufuoma shared tips on how to have a successful marriage.

In the light of the fact that the marriages of many actors don’t last, Mcdermott told Saturday Beats, “The first thing we should understand is that everybody just wants to be happy. I think people should work towards whatever it takes to achieve happiness. Sometimes, it goes through, and sometimes, it falls through and the spouses would have to go their separate ways. I don’t believe that two people would come together with the aim that some years down the line, they would have a divorce. However, as time goes on, they would realise that there are differences they cannot handle. They would have thought they could but it may not work out and they would have to go their separate ways. In some cases, that is the safer option and everybody would be happy.

Funke Akindele celebrates Jide Kosoko on birthday, for always been there for her

“It is not just about being tolerant; it is also about being understanding, and knowing what one’s breaking point is. I have not ‘met’ my breaking point. But, I have had challenges in my marriage. There are times I upset my husband and there are times he upsets me. Through it all, we both have not reached our breaking points. We are still at the point where it is okay for us to have misunderstandings. We correct the mistake and keep moving. We have done that for 10years.”

Regarding people that share their love lives and relationships on social media, the former Miss Ebony Beauty said, “Whatever works for one. My husband is not a public person. I respect his personality the way he respects mine, and that works for us.”

‘Why I prefer money to love’ – Peju Johnson reveals

Busty Nollywood actress Peju Johnson has opened up on her soft side. Ms. Johnson, who is is never afraid of showing off are cleavages on the gram, recently made her choice between sex, love, and money.

"Money comes first for me because money will not wake up one day and break...

‘Why I prefer money to love’ – Peju Johnson reveals
Wunmi Toriola joins the league of entrepreneurs, flaunts her massive clothing shop
To Top