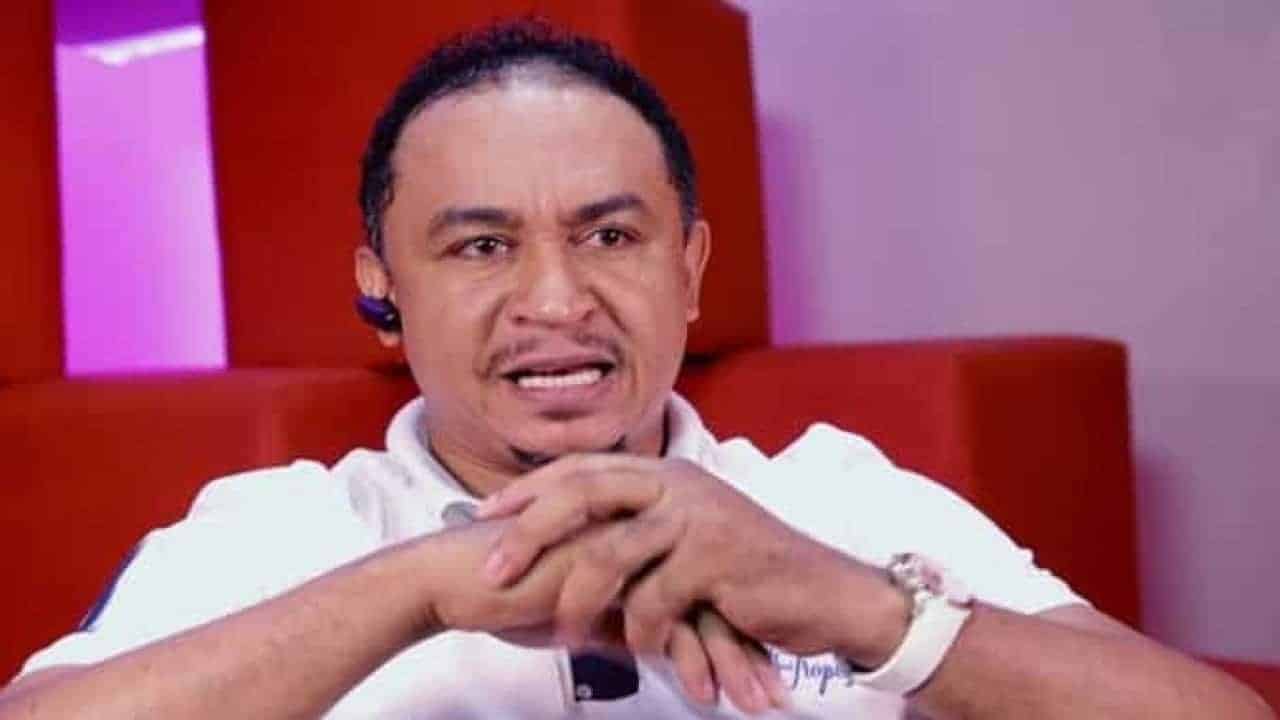 Controversial media personality Daddy Freeze has revealed some of the issues he has with many Nigerian prophets and pastors.

In a post shared on his Instagram page, the media personality said he does not have a problem with any clergy using bodyguards and police officers considering the country’s state.

However, Daddy Freeze questioned why some pastors use armed guards while selling special anointing oil, handkerchief and stickers to members for protection.

Don't take the path of feminism, it is meant to break up families - Adamu Garba

According to Freeze pastors who uses police or armed bodyguard should not be allowed to use their testimonies involving any attack for member’s protection.

Daddy Freeze wrote: I really don’t have a problem with pastors using bodyguards and armed policemen. Nigeria is not safe! What I have a real problem with is pastors using armed guards, while selling anointing oil, handkerchiefs and stickers for members protection!

Any pastor who uses armed bodyguards should not be allowed to use testimonies involving armbands, stickers etc for members’ protection.
If the thing dey work, why you no use am??
it’s like a native doctor doing money rituals for yahoo boys, while still living in a thatched hut in the bush.
On the flip side though, protection in uncertainty is scriptural. When Herod wanted to kill God’s son, even God himself told the child’s parents to flee with the child to Egypt.

'Do not give your past the power, to define your future' - Mercy Aigbe says as she shares new photo

◄ Matthew 2:13 ►
New International Version
When they had gone, an angel of the Lord appeared to Joseph in a dream. “Get up,” he said, “take the child and his mother and escape to Egypt. Stay there until I tell you, for Herod is going to search for the child to kill him.”

Nollywood actress and billionaire's wife Regina Daniels has taken to social media to appreciation post for her husband and fans after undergoing surgery.

A few days ago, the month of one in a video which made rounds online pleaded with his fans to wish her good luck as she undergoes an operation. Although she did not disclose the ailment, she is suffering from.

In the post shared on her Instagram page, the actress said the love, care, and support she received during the period leaves her feeling sick every day to get such love.

Regina Daniels wrote: This is an appreciation post:
Thank you everyone for the love, care and support you showed me. Sincerely I appreciate
It makes me want to fall sick every day to get the...

Months after exposing her marital struggles, Actress Chacha Eke Faani and her husband set to welcome their 4th child

Barely a few months after exposing her marital struggles on social media, Nollywood actress Chacha Eke Faani and her husband Austin are set to welcome their four baby.

The actress took to her Instagram page to share adorable bump shoot that left many of her colleagues and fans gushing on her beauty.

Kemifilan News recalled that Chacha took to social media to cry out that her 7 years old marriage has ended. She also shared a video that sparked speculation that the crash due to domestic violence suffered at the hands of Austin Faani.

A few days later, Chacha rubbished claims that her marriage suffered domestic violence, stating her husband has never lifted a finger on her claiming she is bipolar. According to Chacha Eke, she was...

The country home of Imo state Governor, Hope Uzodinma, has been attacked by unknown gunmen.

According to The Nation, the gunmen raided Uzodinma’s residence in Omuma, Oru East Local Government Area on Saturday morning.

Two security personnel on duty have reportedly been killed.

It was gathered that vehicles parked at the compound and part of the building were also affected by the fire ignited by the attackers.

Confirming the incident, Declan Emelumba, the State’s Commissioner for Information and Strategy, said: “It is true, but the information is not still clear."

“It's not true that several security men lost their lives. About two security men on duty at the governor’s house were killed. NSCDC personnel were among the...