Amidst his rift with Tonto Dikeh, Bobrisky has indirectly warned the mother of one not to reveal to the world what they shared when they were friends.

According to Bobrisky, because he is not on good terms with Tonto Dikeh does not mean he would reveal the things they shared privately to the public.

” Friendship break up too so its normal… But don’t spoil them around to people or talk about your relationship online. What I share btw my friend should remain btw us. Amebos looking for gossip… una go wait. I DONT KISS AND TELL “

KFN earlier reported the reason Bobrisky and Tonto unfollowed each other on Instagram.

According to Bob, the reason why his friendship of 5 years with the mother of one ended is because she saw a video where he was spraying one of her former friend, Lady golfer money at an event.

Speaking further, Bob said he could not ignore Lady golfer when he saw her because she approached him in a nice manner adding that it would be a dumb shit to ignore her. 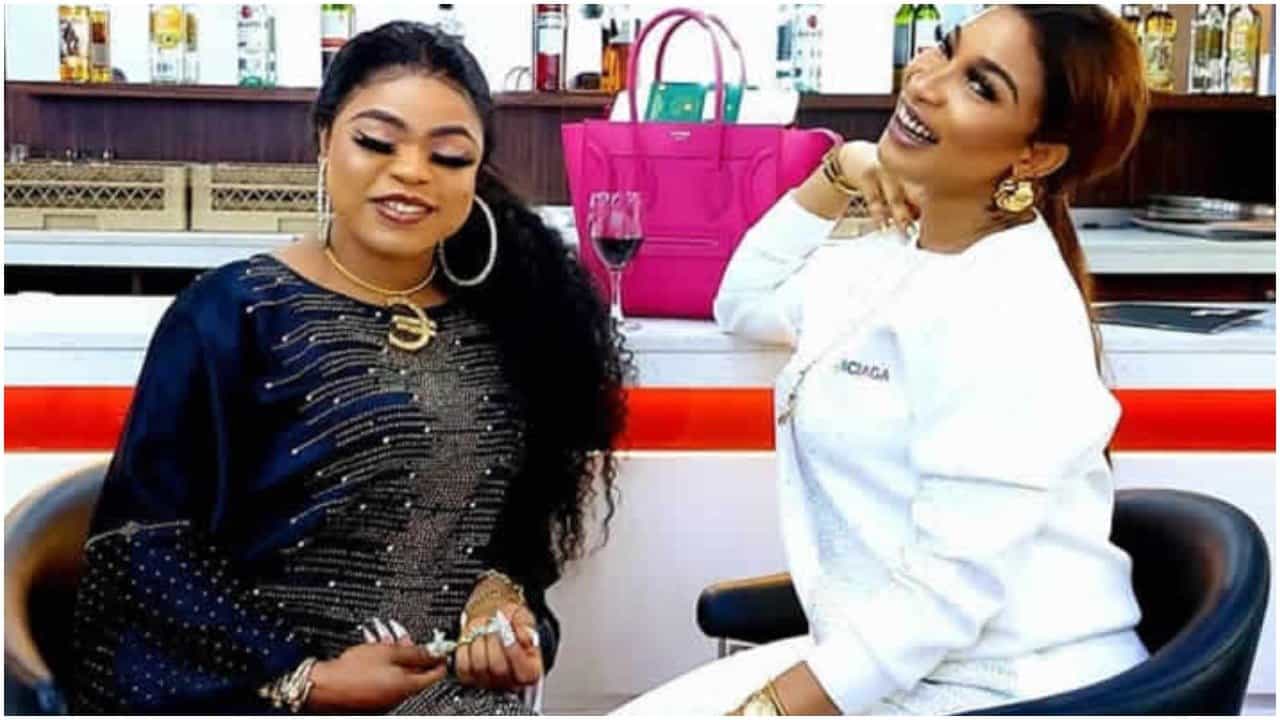 Nigerians on social media have dragged controversial crossdresser, Bobrisky over his current rift with his former bestfried, Tonto Dikeh.

KFB earlier reported the reason Bobrisky gave for unfollowing Tonto Dikeh. According to Bob, his friendship of 5 years with Tonto ended is because she saw a video where he was spraying one of her former friend, Lady golfer money at an event. The 28-year-old said he could not ignore the lady because he was nice to him and it would have been dumb shit to ignore her because she was not friends with Tonto anymore.

Reacting to the reason Bobrisky gave,

Olajumoke Orisaguna, a former bread seller who came into the limelight after unknowingly walking into a photo shoot session of British rapper, Tinie Tempah, by Nigerian photographer, TY Bello, has now got fans worried following her long absence from social media.

However, since News of her crashed marriage made headlines in 2019, she has been off the social scene.

Her husband Sunday claimed that since Olajumoke broke into limelight, she became rude.

In an interview with punch newspaper however, Olajumoke denied all the allegations made by her...

Ahmed Musa to fly to Kano Pillars’ away games

Ahmed Musa will only honour Kano Pillars’ away games by flight, because of his safety.

Musa made a stunning return to Pillars earlier this month.

Kano Pillars will take on Warri Wolves and Plateau United in away games on April 27 and May 2 before facing Enyimba at home three days later.

Musa might not be available for the Sai Masu Gida until their home game against the Peoples Elephant, given the statement from Yahaya.

“Ahmed Musa is a big player and at the moment we know the economic situation of the country and the bad roads in some regions,” Yahaya told the...

‘Bad Friend’ – Nigerians drag Bobrisky over what he did to Tonto Dikeh that led to their fight
‘I’ll be pissed as your friend if you are broke’ Reality TV Star, Alex Unusual, advises a beggar
To Top