Nollywood actress, Didi Ekanem has taken to social media to recount what happened before and after her 2020 car accident.

The actress shared photos from the incident and the part of her body that was injured on Tuesday.

“This time last year, the devil tried it. I woke up on the morning of that day feeling very uneasy. As I was about to step out of the house, something told me to pray… then I started praying aggressively for one hour after which I got into my car and left.

My aunt's husband killed her - Twitter influencer, Pamilerin cries out

“So on my way to the market, my brake failed and there was traffic on the road, and right in front of me was a school bus filled with children. I started screaming and suddenly, my car diverted and then hit the bridge pole like 3 times,” she wrote.

Actress, Wunmi Toriola gets emotional over her only child 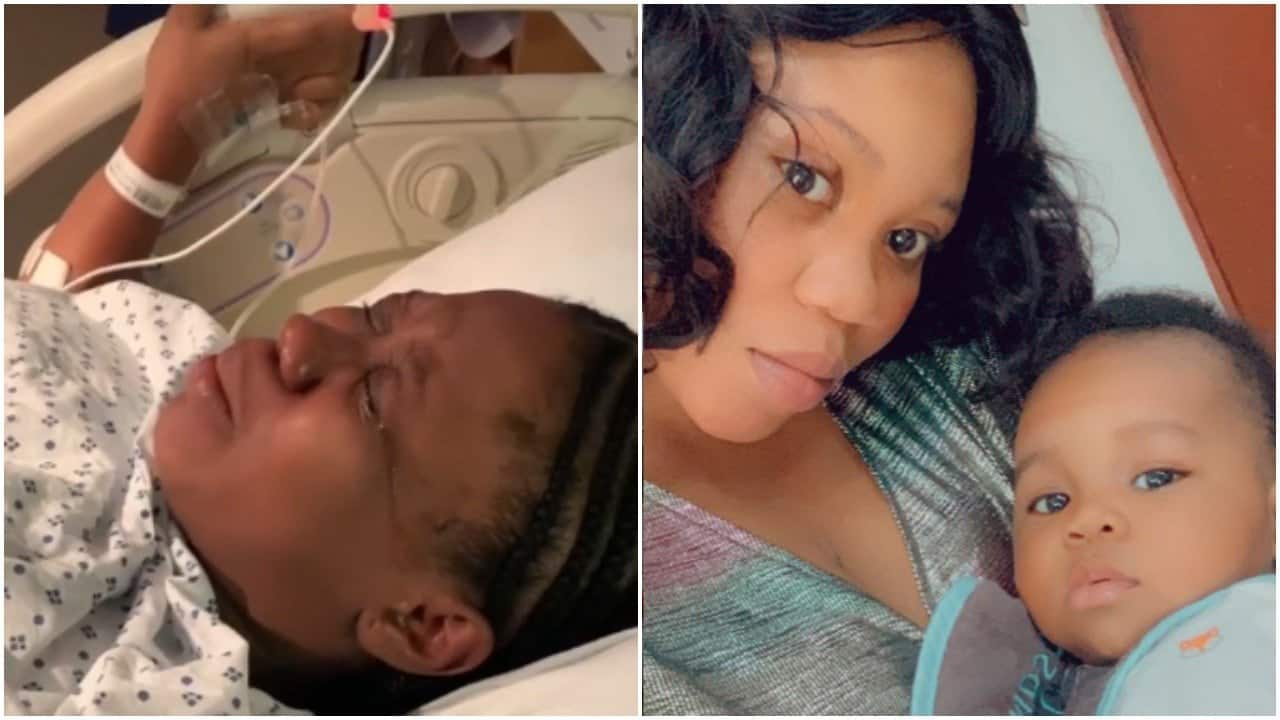 Nollywood actress, Wunmi Toriola has revealed how her only child, Zion got her emotional.

According to the mother of one, her one year old son started school today and seeing him go to school for the first time got her very emotional.

It's movie time again! Are you planning to see a movie this weekend? Sanitation Day? Before heading to the Cinema, read this!

Sanitation Day, the movie, is the latest project from FilmOne Entertainment directed by Seyi Babatope.

The movie tells a crime story of “who done it” in a Nigerian setting!… Its A crime thriller like no other!!! It tells the story of tenants who live in a “face me I face you” accommodation and find themselves in a dilemma when a dead body is found on Sanitation Day; it features characters of some of the major tribes of the country, the Igbo, Yoruba, Calabar, and Hausa all living together

Actress, Mercy Aigbe has continued to shade her colleague, Iyabo Ojo amidst the alleged ongoing competition brouhaha among them.

According to Mercy in a post she has removed on her Instagram page, friends who do no clap when you win are frenemies.

Sharing a photo of herself and the online vendor Mercy claimed gave her the Range Rover, the 43 year old wrote;

"Everywhere choke!!! Women doing great things!!! Piece of advice for you lovelies, Pay very close attention to people who call themselves friends and don't clap for you when you win… they are 'Frenemies'... We Move"