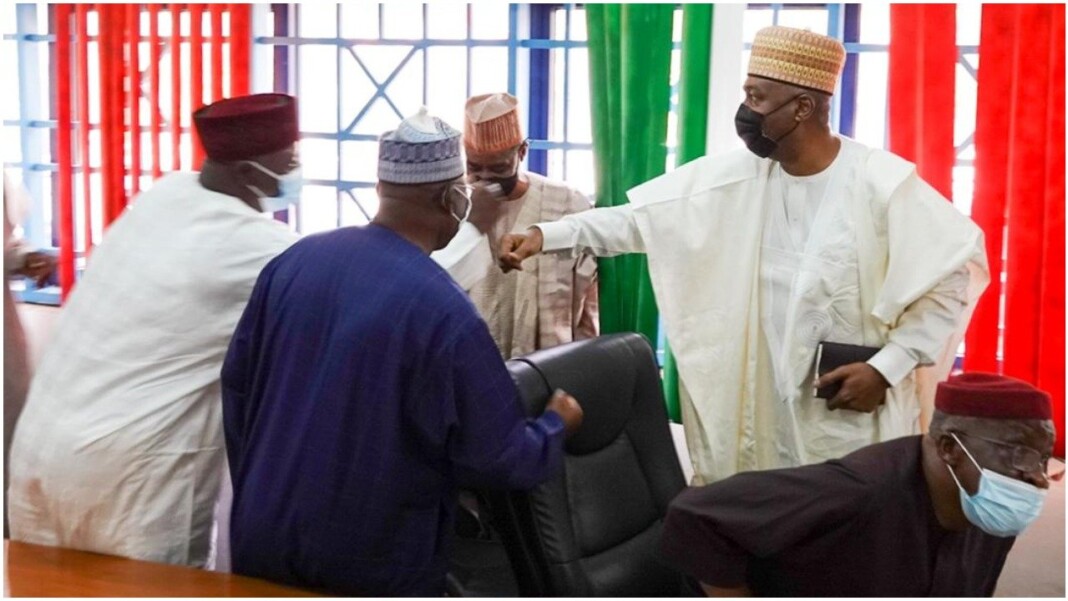 The Reconciliation and Strategy Committee of the People’s Democratic Party, PDP, is having a closed-door meeting with former Governors elected on the party’s platform.

Holding at the Legacy House Maitama Abuja, the meeting is reported to be a private session between the reconciliation team and formers governors who were elected under the party platform.

Former senate president Bukola Saraki, the Committee Chairman, made this known in a tweet on his official Twitter handle.

The tweet reads: “This afternoon, members of the #PDP Reconciliation & Strategy Committee and I are at Legacy House in Abuja, meeting with a cross-section of former Governors elected under the platform of our great party, the PDP.”

LASTMA to probe extortion of motorist in Agege by its officers

10,000 fans to be allowed inside stadiums from May