The ‘real story’ behind the Davido and Chioma breakup rumour 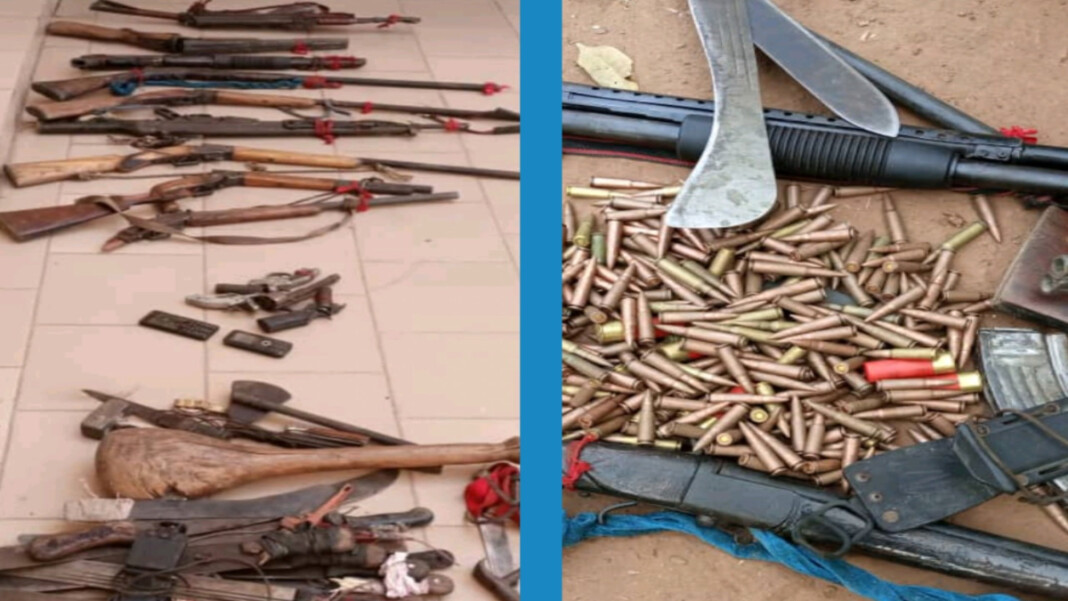 Men of the Nigerian security forces have uncovered a hide out where arms are stored at Effium in Ohaukwu Local Government Area of Ebonyi State.

A source told newsmen that a combined team of security personnel stormed the arsenal location.

Members of the Department executed the operation for State Security, DSS, and the Nigerian Army.

Security operatives found up to 600 different kinds of ammunition, including those for General Purpose Machine Gun (GPMG).

The suspects that were arrested during the operation have been detained for interrogation and prosecution.

Residents of the area speculate that the Indigenous People of Biafra (IPOB) and those sponsoring the Ezza-Effium crisis own the arsenal.

Eye witness alleged that four persons that were arrested during the operation are members of the IPOB group.

They also informed newsmen that the shrine serves as a protective camp for IPOB, and others have also be discovered.

The spokesman of DSS, Peter Afunanya, did not make any comment on the operation.

He explains that it’s okay for the DSS to work with the Nigerian Army and other security agencies.

Afunanya assures Nigerians that the DSS would keep and maintain internal security in Nigeria.

‘A lot of people tap from my happiness’ – Regina Daniels brags