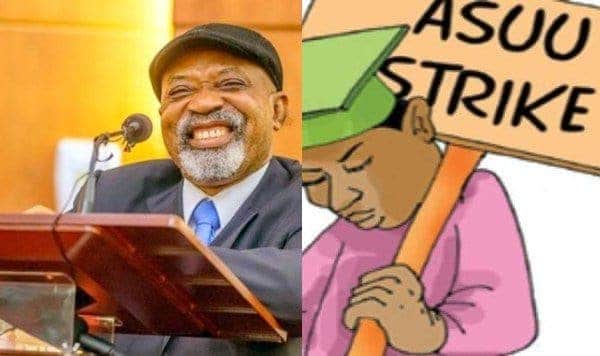 The Nigerian students union has dragged the Academic Staff Union of Universities (ASUU), before the Federal High Court Abuja, over the incessant strikes of the union which has lingered for months.

In the suit which was filed at the court on Friday, November 20, the union is soliciting an order to force ASUU to return to the classroom as well as an order of permanent injunction to restrain ASUU from beginning future strikes.

The President of the association, Mr Blessing Agbomhere, filed the suit on behalf of his members is also asking the court to coerce ASUU to pay N10 billion compensation to Nigerian students.

This, the association demands is for allegedly encroaching on the right of the students to education as warranted by Section 18 of the 1999 Constitution and Article 17 of African Charter on Human and Peoples Rights.

The association is further asking the court to order ASUU to pay damages to all Nigerian students for the psychological and emotional torture metted out to them as well as the loss of valuable time following the continuous strike.

‘It’s beautiful when someone you love, tells you they love someone else’ – Actress Yvonne Nelson

Mercy Aigbe reacts after a fan said, she can’t draw a permanent tattoo of her name

Afton Smith biography: All you need to know about Brendan Fraser’s ex wife