Talented Nigerian music producer/artiste, Samuel Oguachuba a.k.a SAMKLEF has reacted to Pastor Adeboye's declaration for Christians to go on a 30 days...
Read more
Home Politics “You are disgrace to public decency” – Akeredolu drags life out of...
Facebook
Twitter
Pinterest
WhatsApp 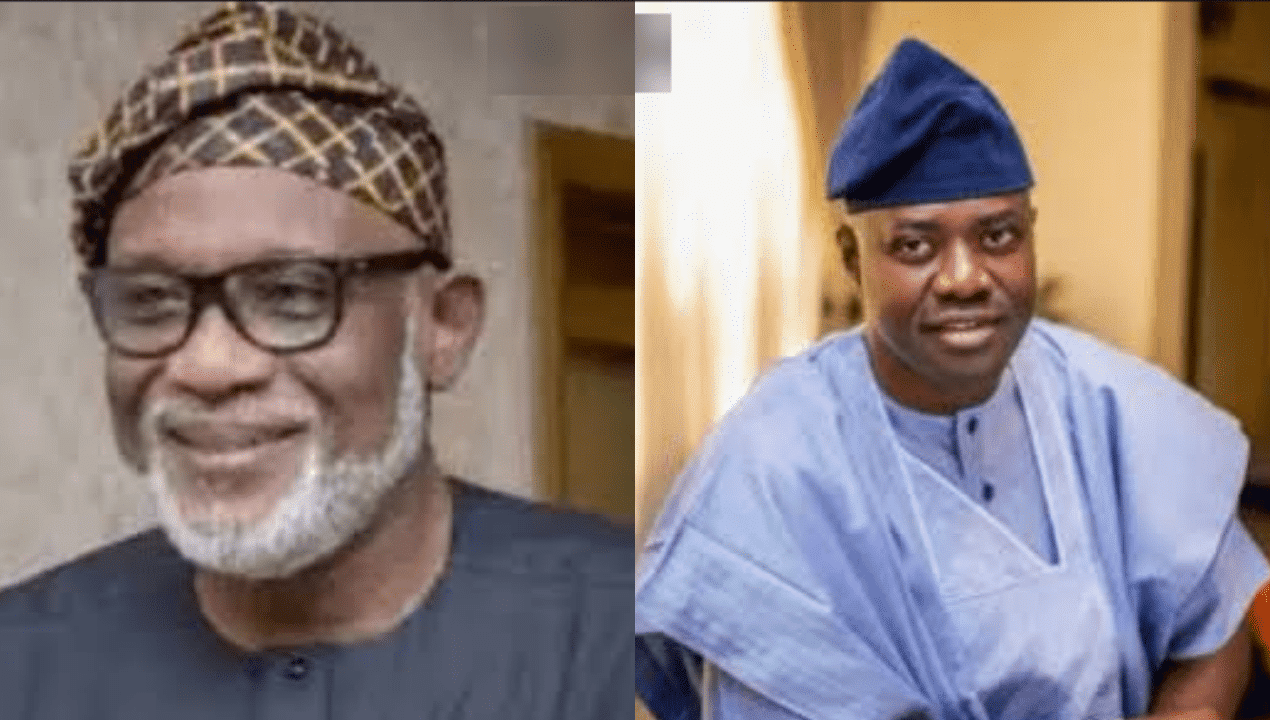 Oluwarotimi Akeredolu, The executive governor of Ondo state has blasted Governor Seyi Makinde of Oyo State branding him a disgrace to public decency and an embarrassment to the office he currently occupies.⁣

Akeredolu, who is the flagbearer of the ruling All Progressives Congress (APC) for the October 10 governorship election in the state said the statement from Makinde that the Independent National Electoral Commission (INEC) has appointed his kinsman, Professor Eyitope Ogunbodede as the returning officer for the election shows that the governor is an intellectual Lilliputian, who found his way to the corridor of power through mischief.⁣
⁣
Ogunbodede is the Vice-Chancellor of Obafemi Awolowo University, Ile-Ife, Osun State and he hails from Owo, the same town Akeredolu hails from.⁣
⁣
Speaking through the Spokesperson of his campaign Council, Mr. Richard Olatunde, Akeredolu said Makinde, being a member of the Nigerian Council of State, should know that INEC would never, under any circumstance, appoint an indigene of the state as a Retuning Officer, but the Oyo Governor circumvented truth and decency for political exigencies.⁣
⁣
Akeredolu’s statements reads in part;

“We find as unfortunate, the statement credited to the Governor of Oyo State and Chairman of the PDP National Campaign Council for the governorship election in Ondo State, Seyi Makinde, rejecting the Vice-Chancellor of the Obafemi Awolowo University, Ile-Ife, Professor Eyitope Ogunbodede, as the Chief Returning Officer for Saturday’s Governorship election in Ondo State.⁣
⁣
“While it is forgivable for the PDP in Ondo State to continue to raise false alarm and make spurious allegations over the election, it is inexcusable for a Governor like Seyi Makinde to market ignorance in such a shameful manner. This ridicules, in no small measure, the exalted office of governor.⁣