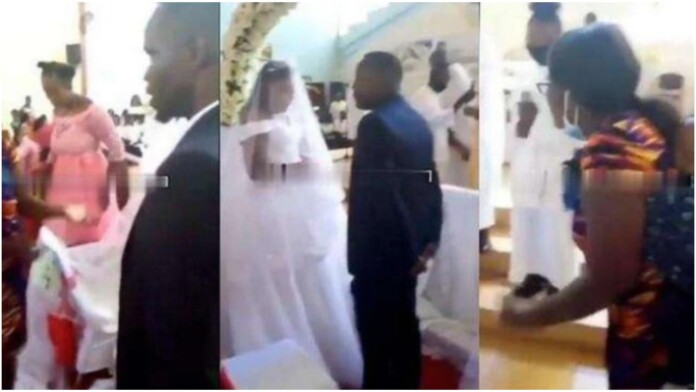 An interesting viral video on social media has shown a certain young woman and her children, invade a church wedding just about the time the groom and bride were about to receive the pastor’s blessing.

According to the woman, the supposed groom was her husband with whom she had children. She went on to allege that the man even spent the last night with her and the children, so she was surprised to see him tying the knot with another woman the next morning.

She added that she and her husband didn’t have any issues and they had not separated either, so she was taken aback to have learned and confirmed it for herself that he was getting married to another woman.

husband and another lady