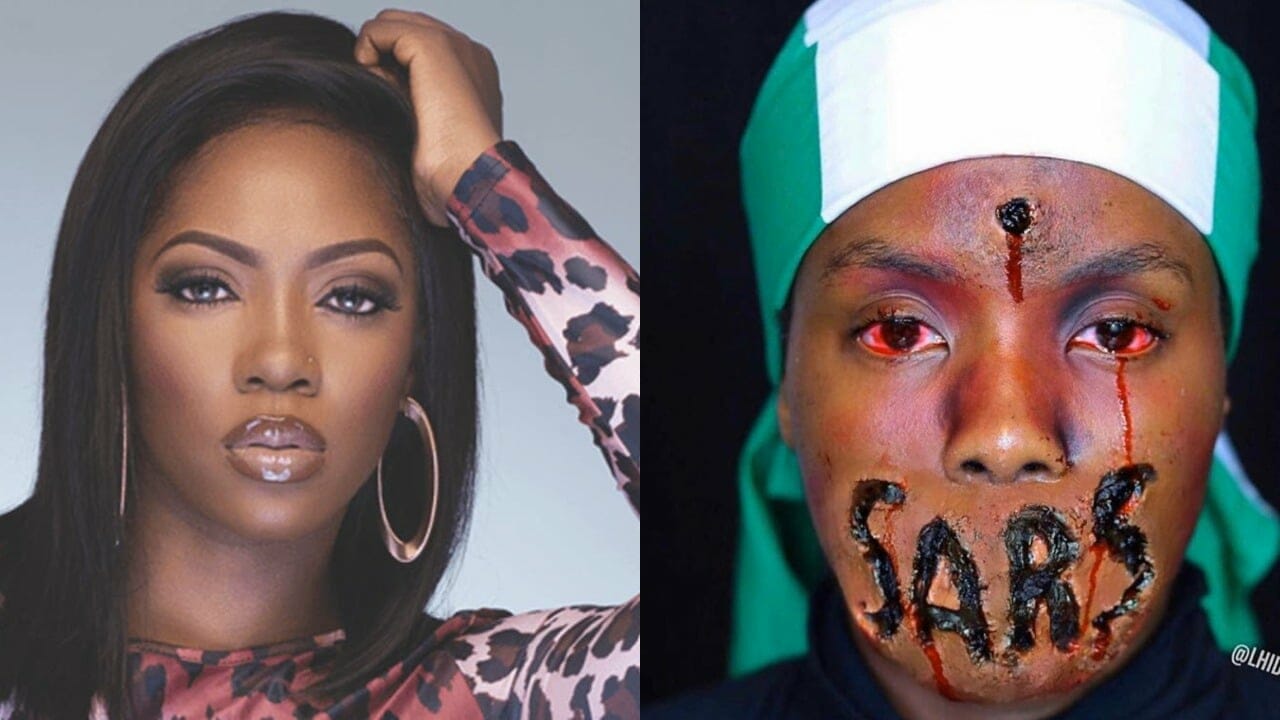 Sensational singer, Tiwa Savage has joined the likes of Runtown, Falz and other Nigerians in the ongoing protest against the brutality and extra-judicial killings by operatives of the Special Anti-Robbery Squad (SARS).

In a video that is presently going viral on the internet, the mother of one was heard encouraging Nigerian youths to take action by also using their social media platforms to advocate for change.

Tiwa also mentioned that Nigerians do not have to rely on celebrities as she mentioned that they did not call on them when they were voting for their favorite housemates on popular reality TV show, Big Brother Naija, adding that she would be traveling soon and she did not want to miss the opportunity to lend her voice.