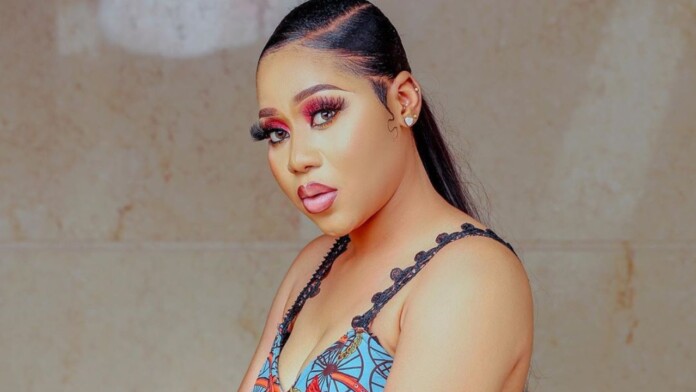 For pretty Nollywood actress, Chioma Okoye, the thoughts of getting married, starting a new family scares her since her childhood days.

According to what the Anambra State born movie star told Sun News, she has always been scared of marriage naturally without the celebrity marriage crashing stuff came up.

” I can’t really explain but the thoughts of leaving my family to live with another family, changing my surname to another, going to another village for Christmas instead of my village scare me. They were my major fears before, but now it has toppled by fear of emotional blackmailed, domestic violence or lack of peace at home,” she said.

READ
Where is your manhood? - Fear grips fans as Bobrisky shares new photo of himself

The Public Administration graduate from Enugu state university of science and technology also maintained that she would never succumb to dating or marrying any of her colleagues in Showbiz.

Recounting her experience Randy producers, Ms Okoye says, “They have harassed me sexually indirectly but I am no longer a child, I should be able tell what a man wants; asking you to be his girlfriend and still tells probably hundreds of girls the same thing as well I guess.”