The Lagos-Ibadan expressway has now been blocked by END SARS protesters comprising majorly of youths who are calling for a total ban...
Read more
Home Entertainment The bad blood between BBNaija’s Nengi and Mercy Eke
Facebook
Twitter
Pinterest
WhatsApp 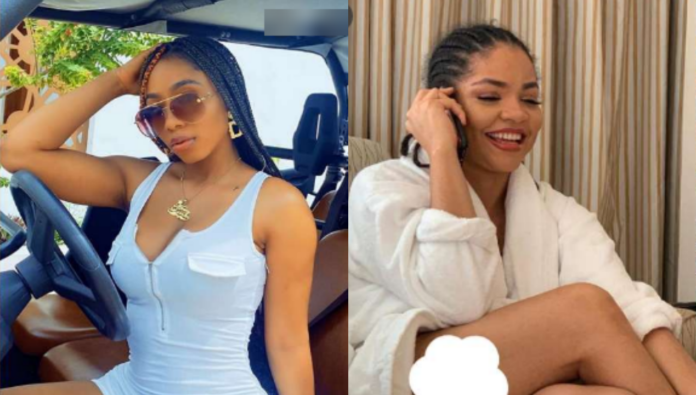 Every Big Brother Naija fan knows about the friendship that exists (or existed) between reality TV stars, Mercy Eke and Nengi Hampson.

Both women used to be friends before their stardom.

In fact, Nengi massively supported Mercy Eke during her time in the BBNaija house which she eventually won.

But as fate will have it, Mercy ignored Nengi while she was in the season 5 of the show. In fact, Mercy publicly supported another housemate, Erica who was later disqualified from the show for ‘fighting’ with a fellow housemate.

After Erica’s disqualification, Mercy went on her Instagram live to weep bitterly like a hungry child who just lost it’s mother.

Kemi Filani News did some snooping around their social media page and discovered that both ladies have unfollowed each other on Instagram, which is an obvious sign they can no longer stand each other.

A further check on Nengi’s account shows she is now following Mercy’s arch rival, Tacha, a housemate who was Mercy’s only competition at the BBNaija season 4, who was later disqualified after a fight with her.