President Muhammadu Buhari's special Adviser, Media and Publicity, Femi Adesina has revealed that he was the one that prepared the nationwide speech...
Read more
Home Metro Tension in Osun as hoodlums take over popular mall |video
Facebook
Twitter
Pinterest
WhatsApp 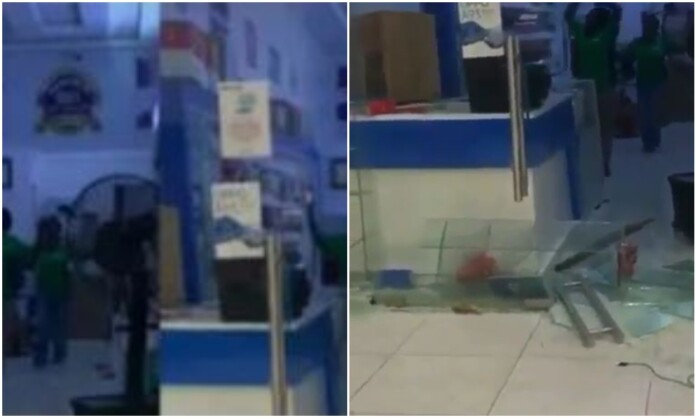 Barely 24hours after attacking #EndSARS protesters, thugs have broken into a popular Osun mall looting millions worth of goods owned by small businesses.

It has now been gathered that thugs have invaded malls in the state looting goods worth millions.

In the video shared on social media; thugs invaded shops in the mall, destroyed properties and carted away goods worth millions.

However, there have been speculations that the attacked were politically instigated to disperse and discourage the ongoing protest against police brutality.