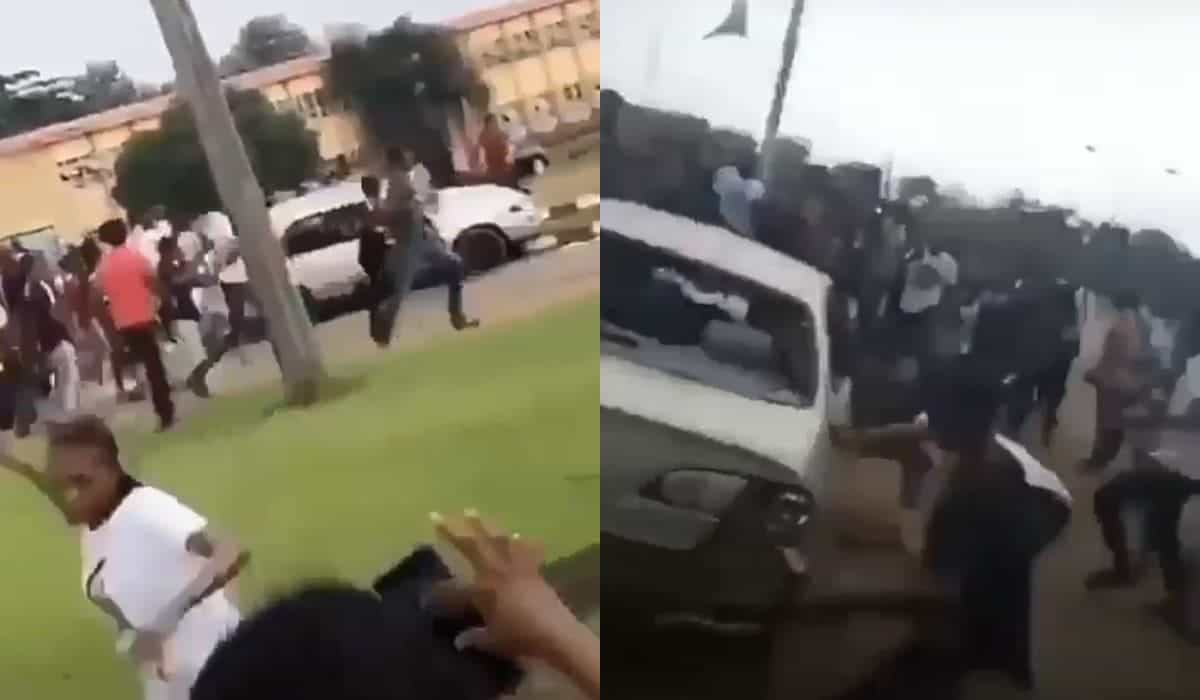 Daniel Johnson, a 400-level student of the Tai-Solarin University of Education, Ogun State, is currently on the run after allegedly stabbing his girlfriend, Bukky, to death.

It was gathered that the incident occurred on Sunday, October 11,2020,, in their apartment in Abapawa, ijebu-Ode, Ogun State.

According to multiple sources, the deceased who was a 200-level student of the same institution, had been in a toxic on-and-off relationship with the suspect and her father, who is a lecturer in the same school, was aware.

“ She was invited by Johnson to settle their differences on Sunday. She went to his house and he beat her to a pulp .

He stabbed her with a cutlass and left her, thinking she was dead. She was spotted by neighbors after she jumped the compound’s fence to run for her life

Bukky was immediately rushed to the hospital but unfortunately passed on. The boyfriend is nowhere to be found at the moment.” a source said.

READ  'Fools with misplaced priorities' - Nigerians reacts after a woman was paraded and disgraced for stealing food
SOURCE: