Video of where all Lagos State COVID 19 palliatives were hidden has been discovered by residents of the state.
Read more
Home Entertainment Tacha shocks many after speaking with Channels TV on #EndSARS movement
Facebook
Twitter
Pinterest
WhatsApp 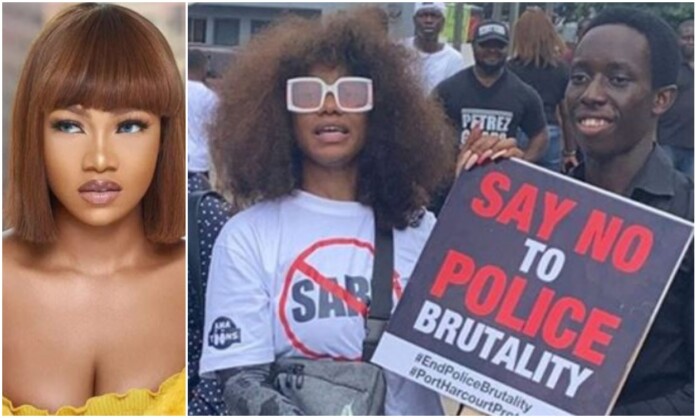 Reality star, Tacha has continued to be a strong force which has left many of Nigerians who criticized her, shocked and impressed at her role in the ongoing nationwide protest against police brutality, extortion and gross human right abuse.

“At the moment, we have given the government time. We are all in Nigeria; we hear promises; we need to see actions being taken. Legit action being taken,” the ex-BBNaija housemate fondly called Tacha told Channels Television’s Sunrise Daily on Wednesday.

“At the same time, it is promises that we get to hear. We need to see action, actually. And trust me, the youths are not leaving the streets until we see action.”