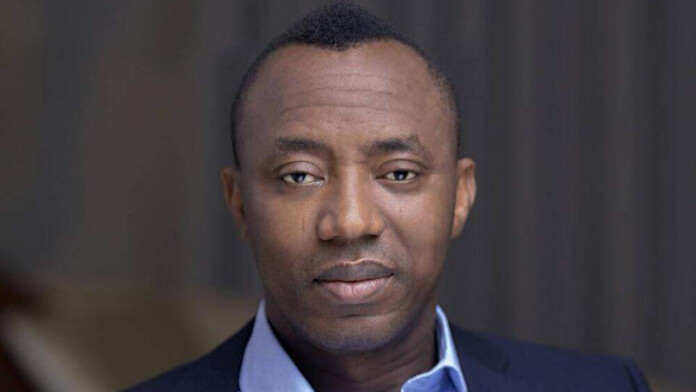 Video of Nigerian youths disgracing former presidential candidate, Omoyele Sowere at the #EndSars protest in Abuja has surfaced on the internet.

In the video which is already going viral on social media, the protesters were seen shouting and pursuing the human right activist away from the protest ground.

According to these youths, Sowore‘s presence was not needed at the venue of the protest because they did not want the protest to turn political.

They however advised him to stay on social media and show his support there.