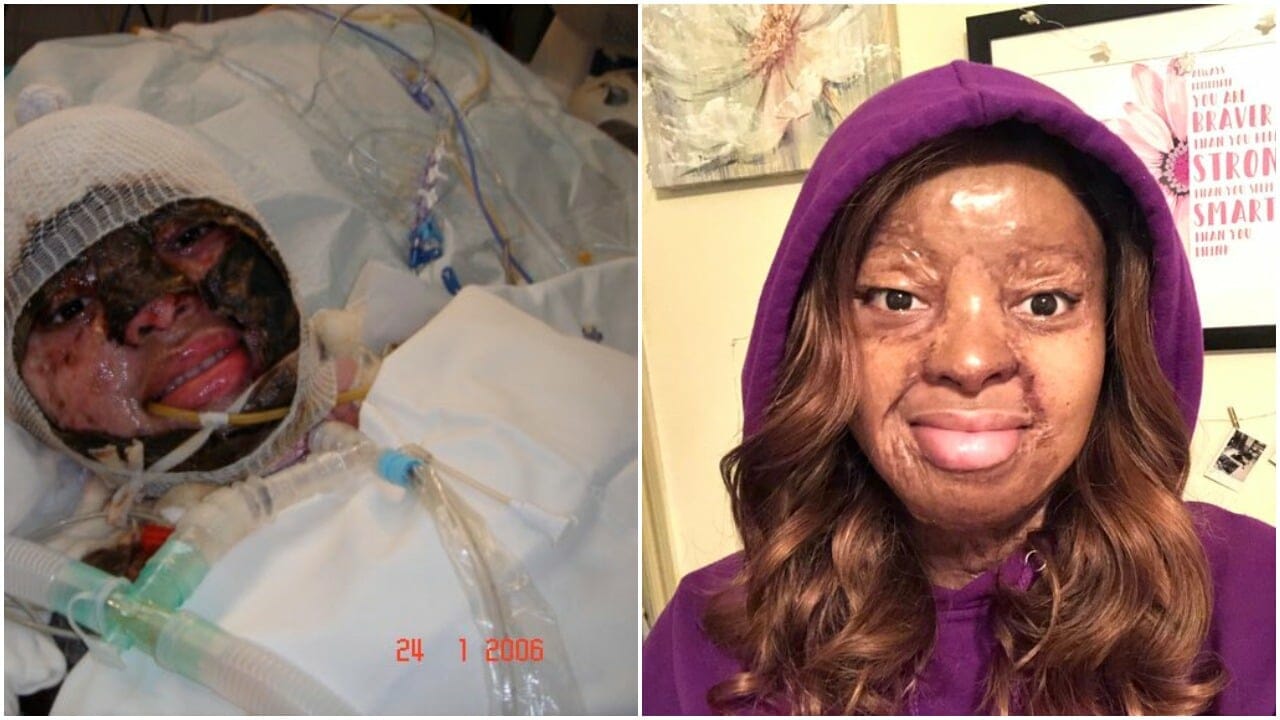 According to Kechi, she hopes the story of her survival from the plance crash encourages someone never to give up in whatever they are going through because if they are still alive, that means God is not done with them.

In her words “Smiling through it allRelieved faceTwo hearts.. I know I’ve come a long way but reminders like this pic from 14 years ago really drive it home for me… I hope this encourages someone. No matter what you’re currently going through, if you’re not dead, God’s not done. Periodt.”

Kemi Filani recalls that the 29 year old who was the only surviving person on the plane had third degree burns over 65% of her body and arrived at the hospital with a 30% chance of survival. She spent four months in the ICU and then three more months at the hospital in what she calls her “patchwork era” because “they were just patching me together and keeping me alive.”