A pastor identified as Sunday Edino has been arrested by the Kogi State Police Command, on Monday 26th of October, for allegedly...
Read more
Home Entertainment Singer Lil Frosh finally opens up on beating his girlfriend to...
Facebook
Twitter
Pinterest
WhatsApp 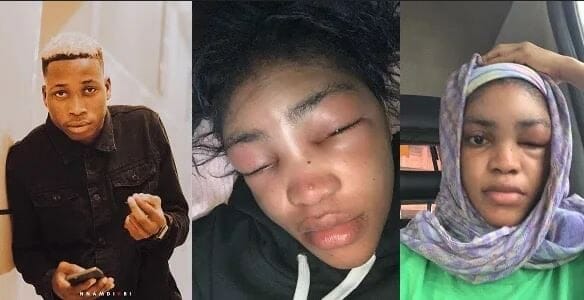 Kemi Filani News recalls that Lil Frosh was called out on social media, by Taiwo’s manger and brother Michael, as they accused him of beating up his girlfriend.

Taking to his social media, Lil Frosh apologized to his fans, family and friends for his actions.

He wrote;
“Based on the wide range of incidents between I Sanni Goriola Wasiu (Lil Frosh) and Iyomaterie Okeoghene Taiwo (Thacutegemini)
I would like to inform my fans and loved ones that we are on top of the situation, we urge friends and fans of Lil Frosh to be at ease and not to entertain fear or cause forget rancor to this situation.
we would like to state that we condemn violence in all form be it domestic or otherwise, I sincerely apologize for my actions and inaction. Thank you. “