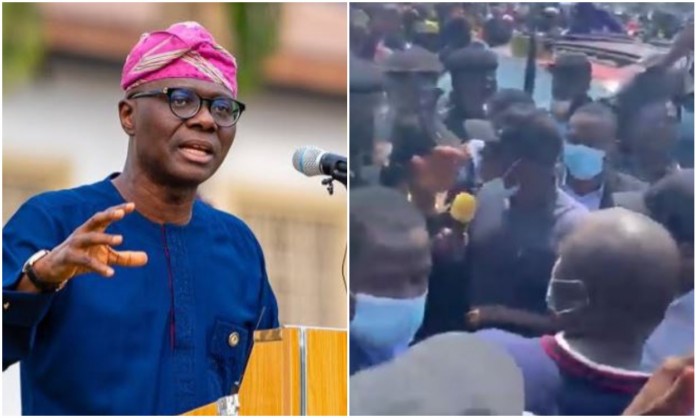 Lagos state governor, Babajide Sanwo-Olu has been booed off by a multitude of agitated #SARSMustEnd Protesters who refused to listen while he made efforts to address them.

Kemi Filani News gathered that Lagos State governor Babajide Sanwo-Olu later was at the place of protest to speak with the protesters but was booed off by #SARSMustEnd protesters at Lekki toll gate who kept chanting shame endlessly.

However, the governor made efforts to address insisting the voices of the youths have already been heard.

He said; “You have spoken well and loud. One of the things we have said is that we need to do a full police reform.”
The governor also assured the youths that the government was planning on compensating families of persons who have been killed by trigger-happy police personnel.