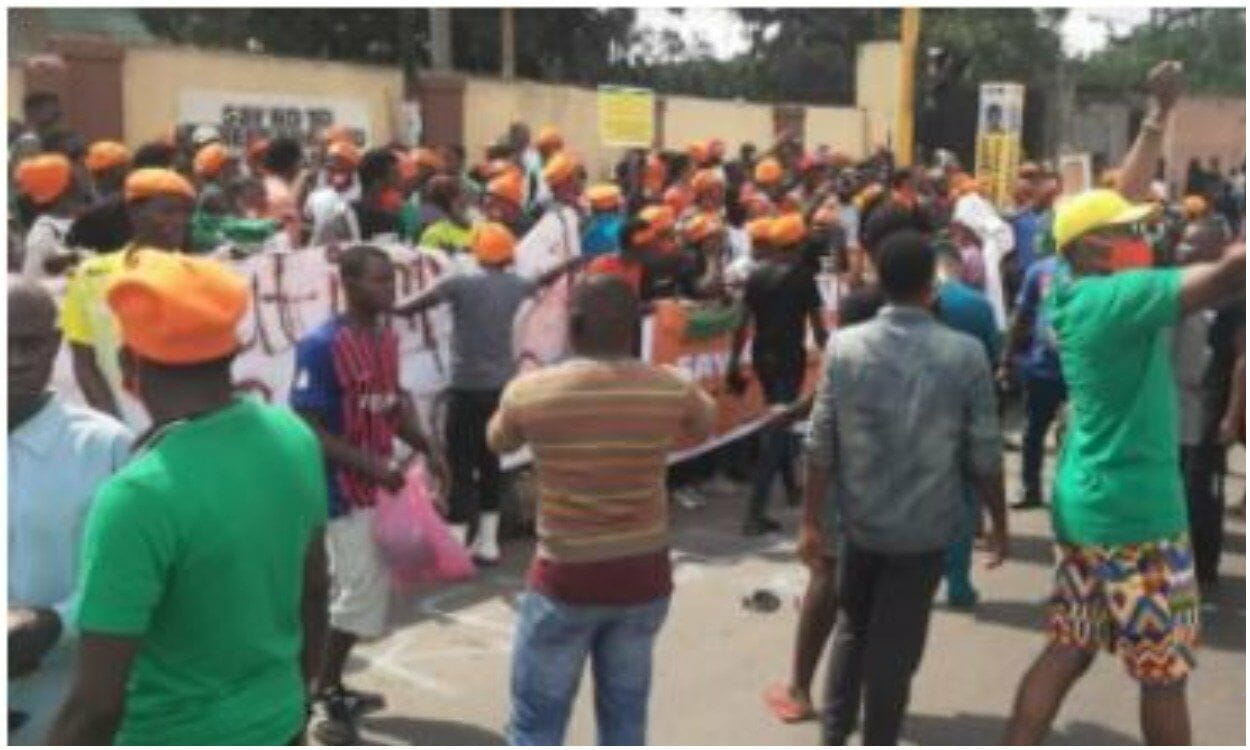 Kemi Filani News gathered that the protesters marching in solidarity from the streets of Ojota to Maryland in Lagos has been rounded up by the Lagos state police command.

It was also gathered that no fewer than hundreds of protesters on Thursday stormed the streets of Lagos to express their grievance against bad governance in the country as Nigeria celebrates 60 years of Independence.