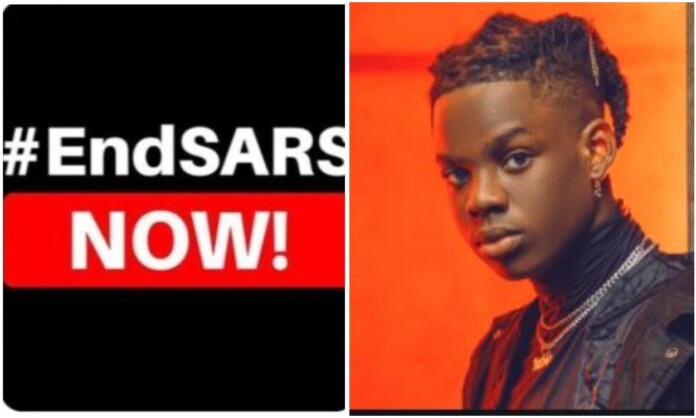 Nigerian singer, Divine Ikubor, widely known as Rema has cut off his signature dreads in solidarity to the ongoing nationwide #Endsars protest.

The singer shocked his followers today after he shared photos of himself on low cut to pledge his support at the nationwide protest against police brutality.

Taking to his social media; Rema shared photos of his new look, with a message saying dreads doesn’t make him a criminal.

He also expressed his full support for the nationwide #endsars movement which has been going on for a while now, with celebrities like Tacha, Falz, Wizkid leading the protest.