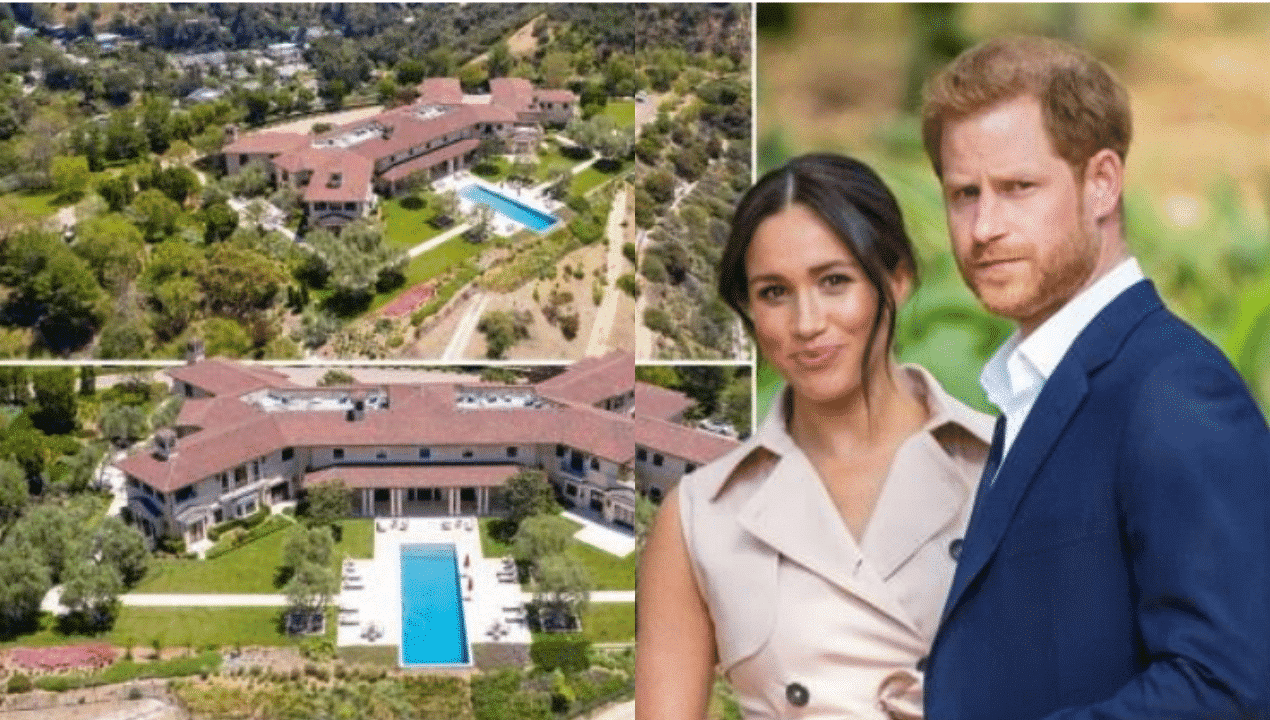 British Royal, Prince Harry will have to pay a high tax bill unless he “takes a break” from his £11million mansion he lives in California with his wife, Meghan Markle, a top American lawyer has claimed.

Harry, the Duke of Sussex, moved to Los Angeles with Duchess of Sussex, Meghan Markle and their son Archie in May after announcing that they will be quitting royal duties early this year.

Harry and Meghan were first reported to be living in the US at a Beverly Hills mansion owned by Billionaire TV producer and actor Tyler Perry.

But according to a top Los Angeles lawyer, David Holtz, Harry, 36, will have to start paying huge taxes once he has lived in LA for 183 days.

Harry has been in the US for at least 151 days just weeks away from the 183 day mark.

Harry now faces paying both US federal and Californian state taxes under the Internal Revenue Service’s ‘substantial presence test’, according to the Daily Mail reports.

It requires any foreigner who spends 183 days in the country during a three-year period to pay US taxes on worldwide earnings.

This means Harry would have to leave the US until 2023 if he wanted to avoid a massive bill and laying his sources of income bare.

Harry and Meghan, are together worth an estimated £20million.

As well as earning a reported $1 million for a speech at an event for JP Morgan in February, Harry and Meghan have signed a multi-year deal with streaming giant Netflix, thought to be worth around £115milllion.

Top LA tax lawyer David Holtz said: “You can safely assume that someone at the Internal Revenue Service [IRS] is looking very closely at him. This is a big deal.”

“Harry’s bill could be monumental and could open up a can of worms for the Royal Family because the IRS will want to know all his sources of income.

“That’s not just his Netflix deal, but any monies he might have received in gifts from Prince Charles and any trust funds, savings accounts or other assets he has in the UK.

“That means the Royal books will be open to scrutiny. The US taxman is far more zealous than his UK counterpart.”

Harry would be exempt from paying taxes if he entered the US on a diplomatic visa – but if it was a 0-1 visa for people with ‘extraordinary abilities’, then he will be liable for the same taxes as everyone else in the US.

Mr Holtz added: “If Harry’s been in the US for 183 days straight then he’s done.

“But it is safe to assume they have had lawyers and tax experts grinding away on this issue for months.”

One accountant explained: “Meghan is a US taxpayer and her situation hasn’t changed, but Harry will have to tell the IRS about every penny he has received.

“That includes paying gift tax on any monetary gifts he received from Prince Charles and he will have to show any other source of income including trust funds set up after the death of Princess Diana.”