Different reactions have trailed the discovery of warehouse where covid-19 palliatives were hidden by the Lagos State government....
Read more
Home Entertainment Popular actress opens up on how her father and brother were killed...
Facebook
Twitter
Pinterest
WhatsApp 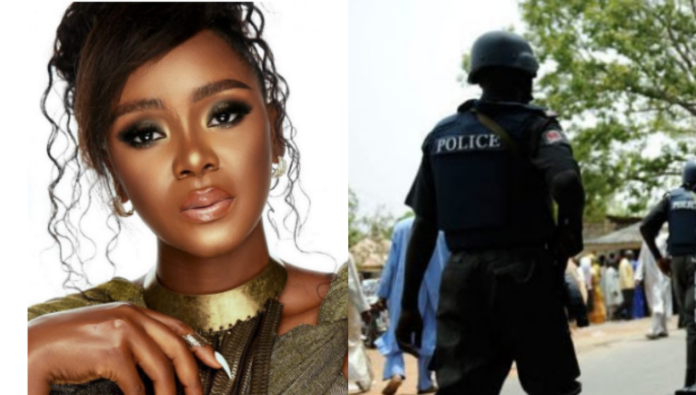 Fast rising Nigerian actress, Isaac Nsikan has revealed how her brother and father were both killed by the Nigerian policemen.

This is coming amid the clamour for change by Nigerians protesting against police brutality in the country.

According to her, they were both killed by stray bullets fired by the officers.

Nsikan in a post shared on her Instagram page on Wednesday October 14, stated that 22 years ago, her father was killed by a stray bullet fired by a police officer.

Twenty years after, her elder brother was also killed by a stray bullet in front of her family house. The actress stated that she has personally felt the pain of police brutality and is happy that a revolution is happening now.

“”I HAVE PERSONALLY FELT THE PAIN!
IT HAS BEEN THERE FOR MANY MANY YEARS.
IT HAS BEEN A STRUGGLE, I HAVE HAD MY SILENT CRIES AND I HAVE PICKED MYSELF BACK UP… IT TOOK A WHILE BUT THANK GOD THE REVOLUTION HAS BEGAN!
#endsars
#endpolicebrutality #endills #nigeria”