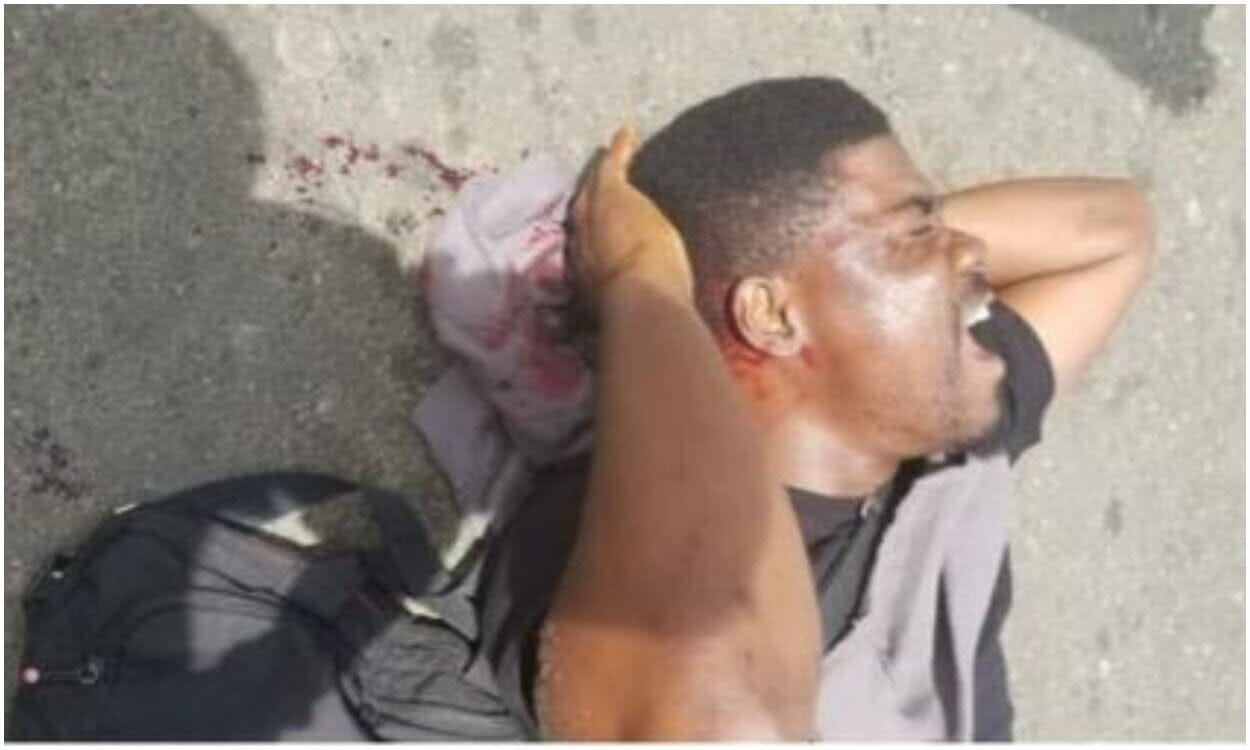 A photojournalist identified as Olukayode Jaiyeola working with The Punch has been reportedly brutalised by operatives of the Nigeria Police Force in Lagos.

According to Punch, Jaiyeola was beaten by heavily armed policemen while covering an #RevolutionNow protest in Lagos State.

No fewer than 200 protesters came out in their number to lament about the degenerating state of the country after she gained her independence 60 years ago.

Nigeria gained independence from Britain and over 20 years of uninterrupted democratic rule, Nigeria’s socio-economic development has been mired by bad leadership which has denied the masses from enjoying the gains of a sovereign state.