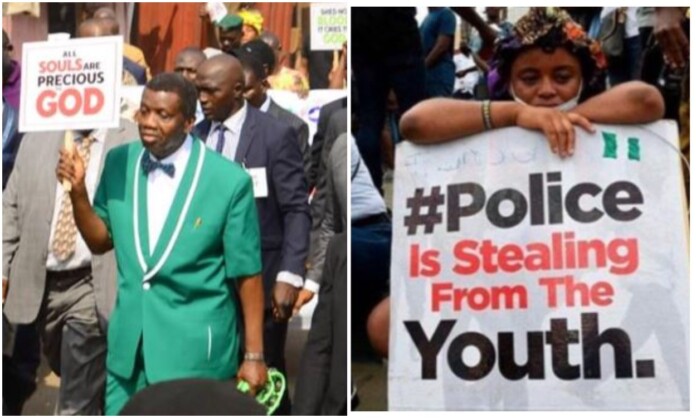 The clergyman made this via a statement on his official Twitter page on Wednesday evening, commending the youths for speaking up and stressing that every young soul matters and the fight against police brutality in the country should be addressed by the government.

“Our daughters will not be able to prophesy, and young men will not see visions if we don’t keep them alive. I support the youths in this peaceful protest as they “speak up” to #EndPoliceBrutality,”

Adeboye said he was backing the youths protesting because they needed to be kept alive.

The respected man of God did not stop at just lending his voice via social media but also took to the street to join the active #EndSARs protest while raising a placard that reads boldly, “all souls are precious to God.”