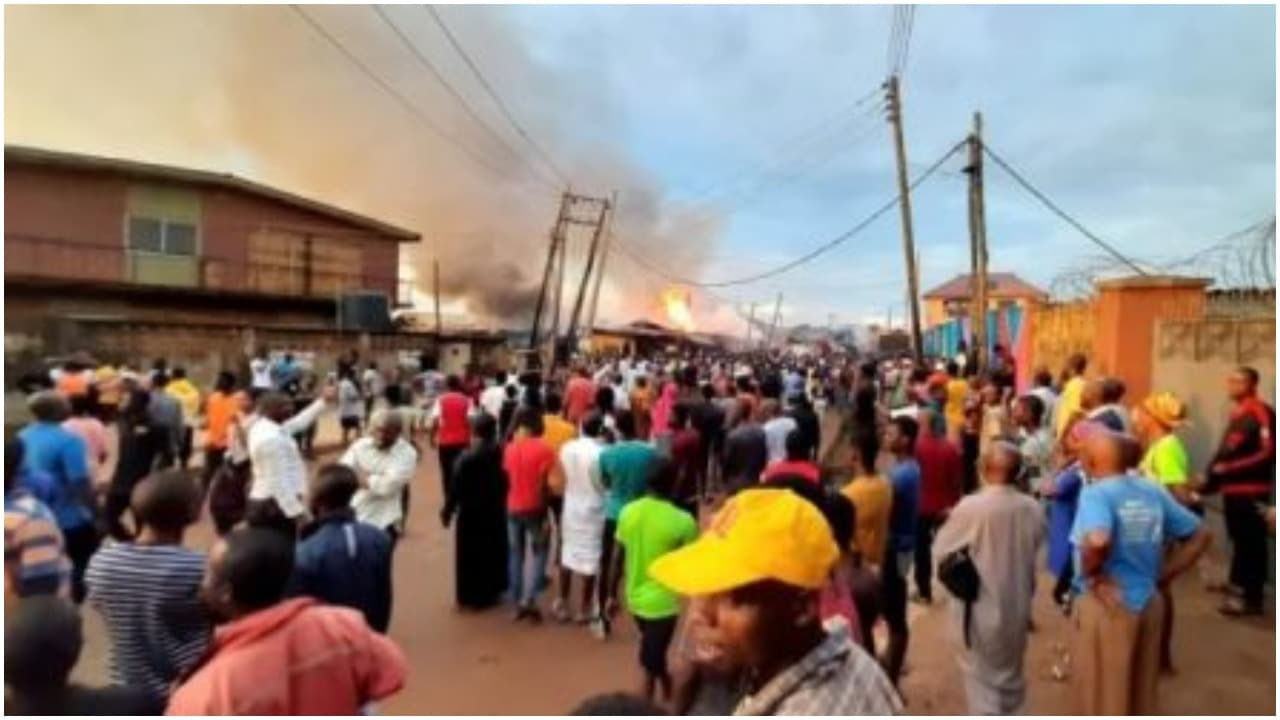 An explosion reportedly rocked a gas station in the Baruwa community of the Alimosho Local Government Area of Lagos State around 05:45 am this morning.

It was gathered that four persons lost their lives while many were injured in the explosion around Unity Bus-Stop on Candos Road, Baruwa.

The explosion also affected houses, a primary school and other properties in the area.

First responders including men of the Lagos Fire Service and the Lagos State Emergency Management Agency have been drafted to the area.

Confirming the incident, LASEMA Director-General, Dr Olufemi Oke-Osanyintolu, in a statement, said, “On arrival at the scene of the incident, it was observed that there was a gas explosion at the aforementioned location.

“Further investigation at the scene revealed that the gas station belonging to Best Roof Cooking Gas exploded by burning buildings around. The cause of the explosion could not be ascertained at the moment.

“Unfortunately, four mortalities were recorded and several others injured.

“A combined effort of the Agency’s Tiger team, Dolphin team, LRU Fire, LASG Fire Service, NPF, NUPENG, and LNSC are on ground to curtail the spread of the fire to other buildings.”

Kemi Filani News recalls that atleast 23 buildings and 15 vehicles were destroyed in a tanker explosion in the Iju-Ishaga area of the state last month.