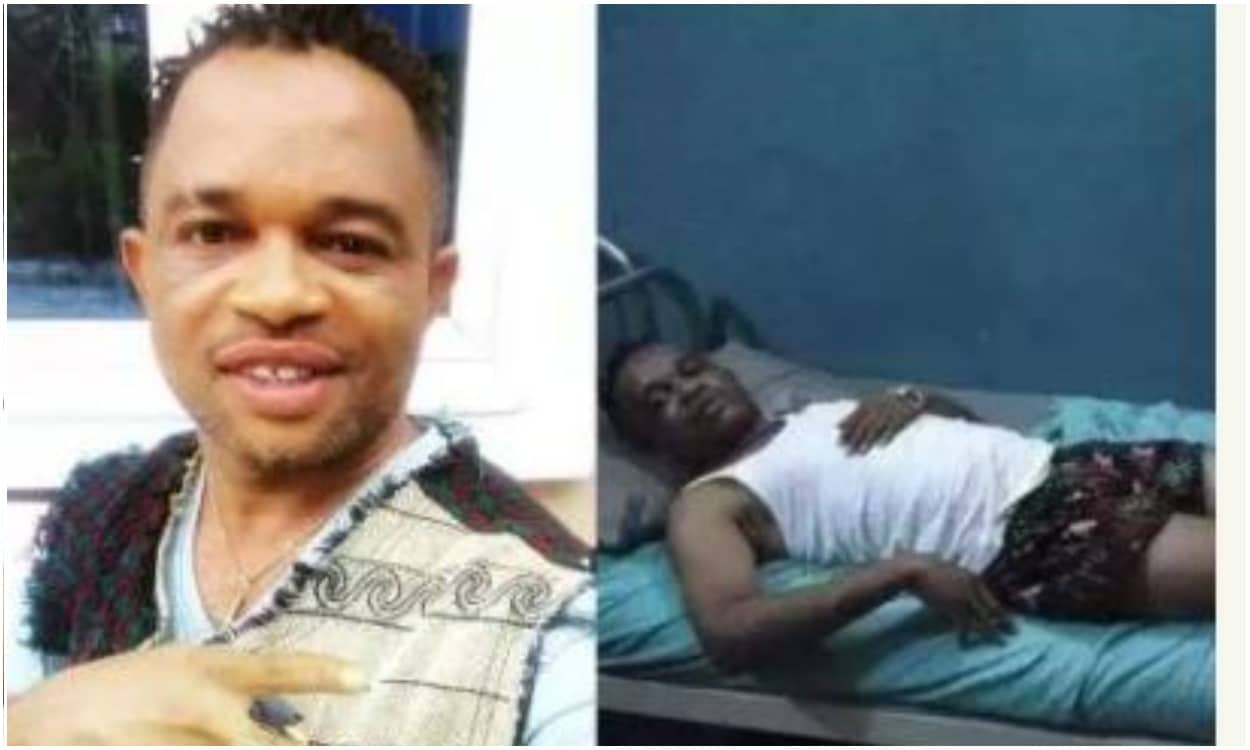 Popular Nigerian actor, Kingsley Orji now make uses of crutches one year after he was involved in a ghastly accident that almost claimed his life.

Kingsley Orji popularly known as Egbeigwe is a talented and well- known actor who hails from Onitsha in Anambra State. He has also featured in so many movies with the likes of veteran actors such as Mr. Ibu, Chiwatalu Agu, and many others. He has featured in movies like Bus Driver and Akanchawa.

Actor Kingsley Orji was involved in a serious accident in June 2019 which affected his hip bone which has rendered let him bedridden for many months. He resorted to using crutches.