The ongoing nationwide Senior Secondary Certificate Examinations has been suspended indefinitely by the National Examinations Council following the current unrest in the...
Read more
Home Politics Akeredolu refuses to shake his deputy at Peace Accord signing ahead of...
Facebook
Twitter
Pinterest
WhatsApp 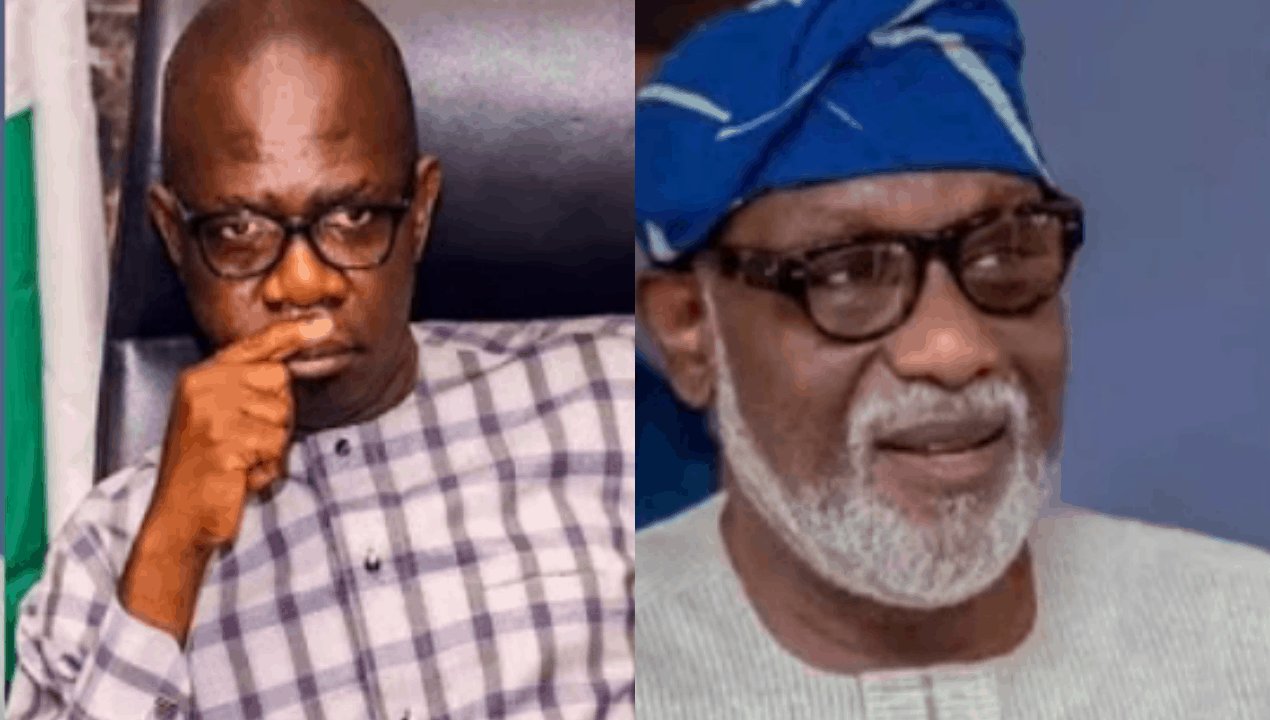 There was mild drama as all the candidates for the 2020 Ondo governorship election, on Tuesday, signed a peace accord to ensure a violence-free poll.

The Governor, Rotimi Akeredolu of All Progressives Congress (APC), Eyitayo Jegede of the Peoples Democratic Party (PDP), and the Zenith Labour Party (ZLP) candidate and deputy governor of the state, Agboola Ajayi, along with the candidates of other parties were present at the event.

However, the drama started at the end of the event, as Akeredolu refused to shake hands with his deputy, Ajayi.

The three major candidates were asked to embrace, shake hands or bump elbows with one another as a sign that they had embraced peace.

Akeredolu greeted Jegede by bumping elbows, but when it was the turn of his deputy, the governor refused to shake hands with or embrace him. Instead, he just waved at Ajayi.