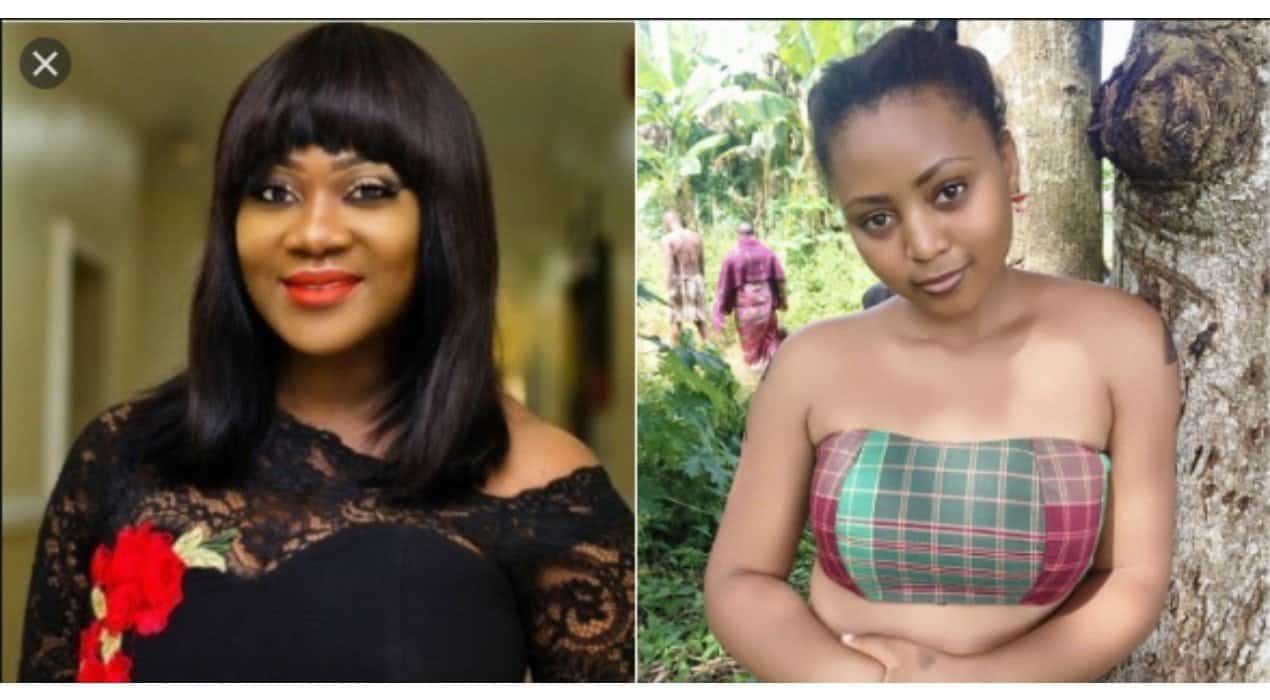 Kemi Filani News earlier reported that things once fell apart for both thespians and the center could no longer hold as the “mother-daughter” relationship that existed between them went sour shortly after Regina started dating Ned Nwoko.

This in turn reflected in their social media life as Mercy Johnson unfollowed Regina Daniel on Instagram.

Both actress also stopped commenting on each other’s pages and stopped posting about each other like they used to. They also ignored each other after birthing their kids.

However, it appears things are now okay between both women as Mercy Johnson took to her Instagram page to wish Regina a happy birthday.

'Pray for me' - DJ Cuppy Otedola cries out

Mercy Johnson called her daughter once again. She wrote:

Happy Birthday sweetheart @regina.daniels ❤️❤️have a blast daughter of mine.. Kisses always… @rita.daniels06 give my baby anything she wants biko❤️❤️

One of the children of Pastor Enoch Adeboye, Leke Adeboye, is set to hold a prayer protest as solidary from the church in the ongoing nationwide protest against police brutality, gross human right abuse and extortion.

In a post sighted on the General Overseer of the Redeemed Christian Church of God RCCG son’s Instagram handle, he announced that there will be a peaceful intercessory prayer movement in Redemption camp on Friday.

He also urged Christian youths who would be participating in the protest to kindly come with their face mask as they would be keeping to COVID-19 guidelines while protesting.

Self acclaim boss lady and Former Big Brother Naija housemate, Ka3na who recently acquired a multi-million naira home in Lagos, has been exposed for owing her staff salaries for 3months.

This is coming after she was called out by a hair vendor for renting N300,000 hair and refusing to pay for it.

Blogger Gist Lover writes "Ever seen a Broke bosslady?? she is a perfect example, first she was called out for rocking wigs on credit,now her workers are dragging her because she is owing 3months salary"

She further writes "stop the fake life, the house she posted few days ago was bought by her oyinbo husband before she went to Bbnaija at all, now just to chase clout and be tagged the fake boss lady, she posted the...

Coming after she unveiled her baby bump, Nigerian celebrities have obviously deserted their colleague and actress, Chacha Eke's post.

In what appears to be an unusual twist, no comment wishing her well or supporting her about her pregnancy was spotted from any celebrity 24 hours after she made the post (as at the time of writing this report)

However, days later she shared another video saying she’s bipolar and video was not intentional as she doesn’t plat on leaving her husband.