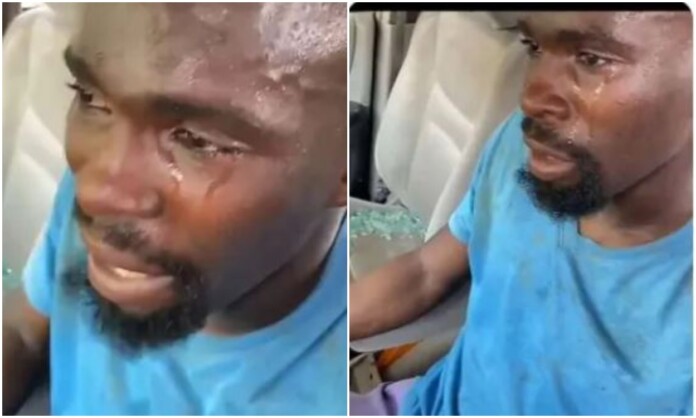 A Nigerian man has been pictured shedding hot tears after #ProSARS thugs allegedly vandalised his car in Abuja.

Thugs attacked End SARS protesters at Berger area of Abuja. They chased the protesters and damaged vehicles parked in the area, while some people sustained multiple degrees of injuries in the clash.

Kemi Filani News gathered that the man who was on his way to visit his pregnant wife was attacked by one of the armed thugs, vandalising his car.

The man also revealed,he did nothing to warrant his car being destroyed.

READ
'We still won't vote for you' - Nigerians tell Atiku as he sympathizes with victims of Lekki Massacre
SOURCE: