The Lagos government has compensated the children of police officers who died during the End SARS crisis in the state with full scholarships up...
Read more
Home Metro Man goes into coma after SARS official allegedly hit him with a...
Facebook
Twitter
Pinterest
WhatsApp 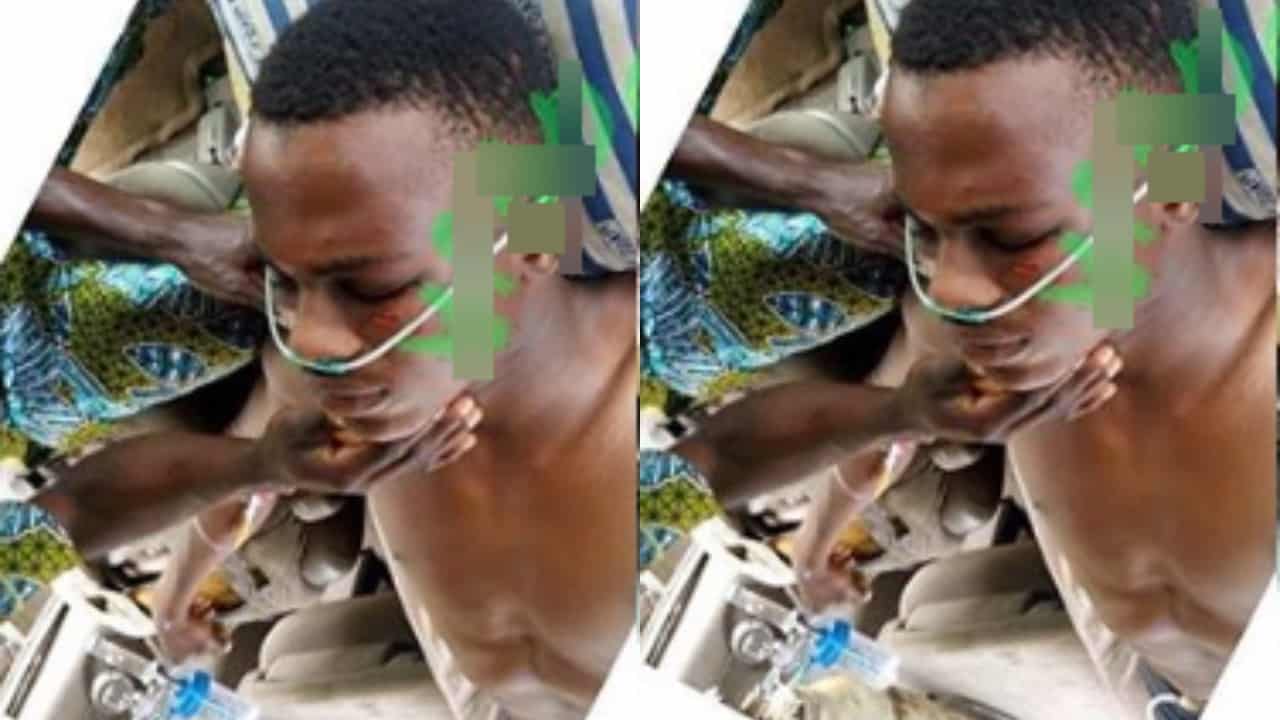 A young man identified as Omotayo Ayomide Israel, is currently in coma and battling for his life after he was hit hard on the head with a gun by a SARS official in Ibadan, Oyo State.

It was gathered that the tragic incident happened on Friday, Oct. 2.2020. According to a source,”the SARS personnel attached to Adelubi police station , requested that Ayomide unlocked his phone for search which he refused .

The SARS officer then hit him on the head with his gun and left him for dead when Ayomide collapsed .He was rushed to the hospital to receive proper medical attention”.

How SARS tortured me for 47 Days, extracted my teeth, sold my properties – Victim