A pastor identified as Sunday Edino has been arrested by the Kogi State Police Command, on Monday 26th of October, for allegedly...
Read more
Home News Katsina Youth protest in support of SARs, ask that it be deployed...
Facebook
Twitter
Pinterest
WhatsApp 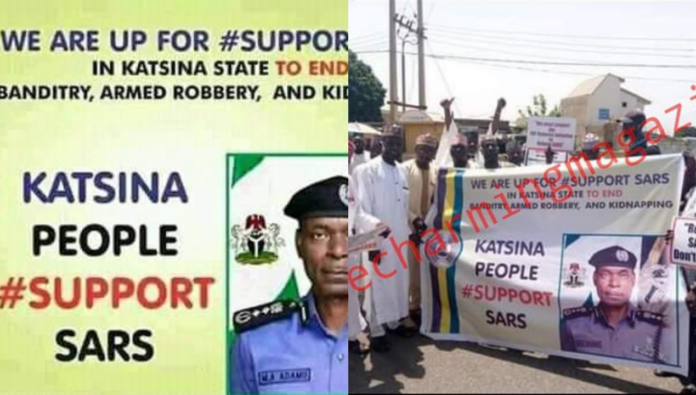 Katsina state youth have taken to the streets of Katsina to show support of SARs.

According to them, members of the unit be deployed to the state in order to fight against banditry.

Kemi Filani News notes that Katsina state is the state of Origin of the president of Nigeria, Mohammadu Buhari.

Below are photos obtained by The Charming Magazine:

Kemi FIlani News recalls that Nigerians took to social media to celebrate after the unit was announced dissolved by the IGP.