The holy father of the Catholic Church, Pope Francis today called for urgent prayer for Nigeria to avert every form of violence...
Read more
Home Life & Style How i was beaten and arrested by SARS – Beverly Osu joins...
Facebook
Twitter
Pinterest
WhatsApp 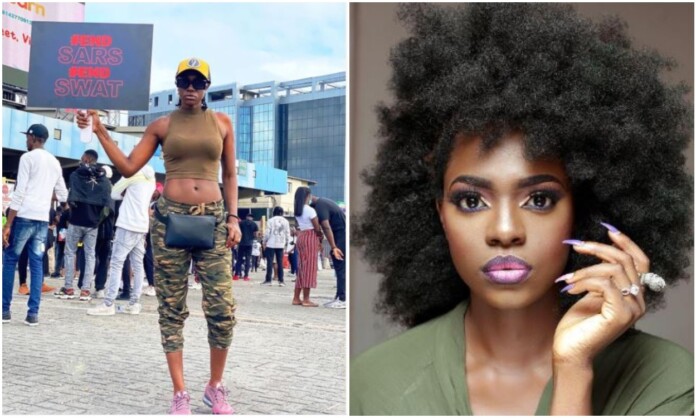 Nigerian actress, Beverly Osu on Thursday claimed that she had once been battered and arrested by the disbanded Special Anti-Robbery Squad (SARS).

Beverly via her instragram wrote: “We want a total Reformation of the Nigerian police force …I’ve been beaten and arrested by SARS, Taken from IKATE to OJUELEGBA around 1am .

“I literally had to be BAILED OUT of prison after being locked up for nothing. 2 hours later.”

She went further to urge everyone to join the Nigerian youths to fight police brutality by joining the trending #EndSARSNOW.

The 28-year-old is not only an actress but also a video vixen and model.