Video of where all Lagos State COVID 19 palliatives were hidden has been discovered by residents of the state.
Read more
Home News Festus Keyamo narrates how his driver was killed during #EndSars protest
Facebook
Twitter
Pinterest
WhatsApp 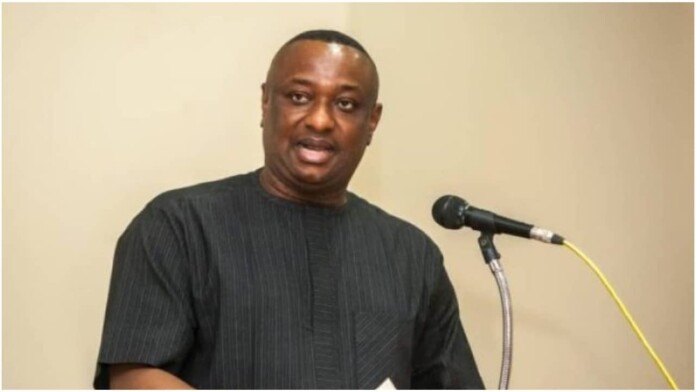 Senior Advocate of Nigeria (SAN), Festus Keyamo via his official twitter page has narrated how his driver lost his life in the ongoing #EndSars protest in Abuja.

According to the Minister, his driver was hit by a vehicle while he was trekking to the office on Wednesday, 14th of October.

“I regret to announce that my driver, Mr. Yohanna Shankuk, died yesterday in Abuja as a result of the protests. A vehicle that saw advancing protesters at Berger roundabout, made a U-turn, took the one-way back and ran over him as he was making his way on foot to my private office” He tweeted.