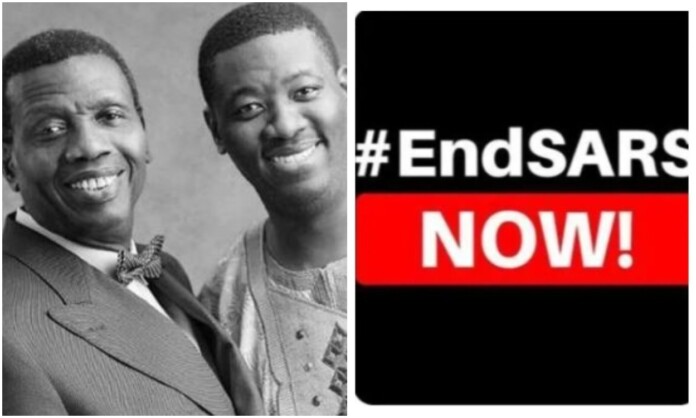 One of the children of Pastor Enoch Adeboye, Leke Adeboye, is set to hold a prayer protest as solidary from the church in the ongoing nationwide protest against police brutality, gross human right abuse and extortion.

In a post sighted on the General Overseer of the Redeemed Christian Church of God RCCG son’s Instagram handle, he announced that there will be a peaceful intercessory prayer movement in Redemption camp on Friday.

He also urged Christian youths who would be participating in the protest to kindly come with their face mask as they would be keeping to COVID-19 guidelines while protesting.

This is coming after the dissolution of the SARS unit by the Inspector-General of Police, Mohammed Adamu, on Sunday.