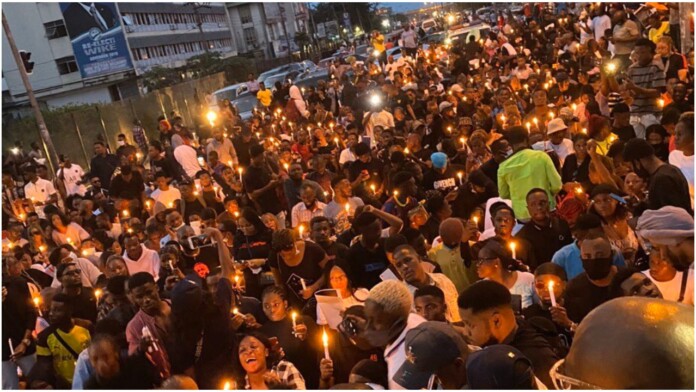 The protesters of #EndSars in Lagos and Port-harcourt have honoured those who were killed by the Nigerian Police men. These protesters held a candle light procession for these victims in bid to acknowledge them and pay their last respect.

In the photos and videos that surfaced on social media, thousands of Nigerians were seen holding a lighted candle and singing emotional funeral songs. According to the protesters, the people that lost their lives to police brutality are fallen heroes.

Kemi Filani recalls that Nigerian Youths embarked on the #EndSARs protest against police brutality in the country and it has gained attention across western countries.

Watch videos from the procession below;