The Lagos-Ibadan expressway has now been blocked by END SARS protesters comprising majorly of youths who are calling for a total ban...
Read more
Home Life & Style MC Galaxy dragged by the ‘balls’ for throwing N200 notes at #EndSARS...
Facebook
Twitter
Pinterest
WhatsApp 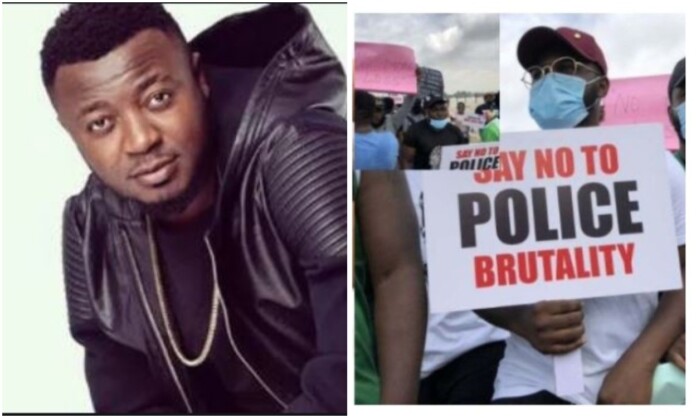 Nigerian singer, MC Galaxy has been dragged by the balls for spraying N200 notes at #EndSARS protesters in Lekki toll gate.

Kemi Filani News gathered that MC Galaxy joined the protest at Lekki toll gate, and after a while, he was said to jump in his car, stood on the car roof and began to spray N200 notes to protesters.

This resulted in an uproar as some protesters struggled and trampled on themselves to secure their share of the money.
However, this didn’t sit well with some Nigerians who felt, the stunt was unnecessary and contradictory to the cause of the protest.

DamieofLagos wrote; ”Haahaa we don’t want that one oo. He should donate instead of doing that. See Burna naw Mc galaxy kai na”