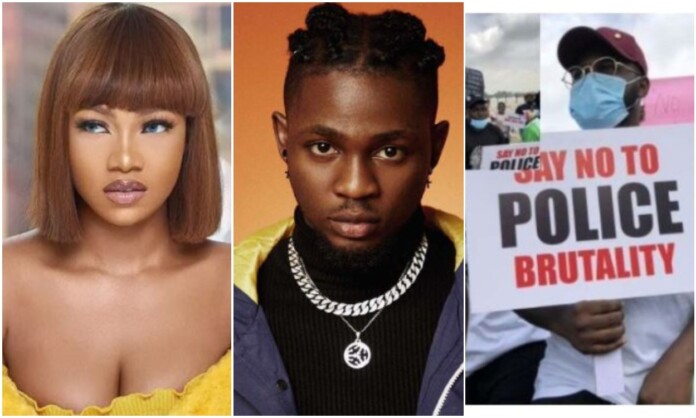 Despite the ban placed on #EndSars protest by the Governor of Rivers State, Nyesom Wike, Port Harcourt based celebrities have stormed the streets with aggrieved youths to demand an end to police brutality and gross dehumanization of masses.

In the video making rounds, the ph-based celebs where pictured singing vibing to Davido songs as they stormed the state government house demanding for police reform.

Kemi Filani News recalls that the governor, Wike had placed a ban to all form of protest throughout the state.
Watch video below;