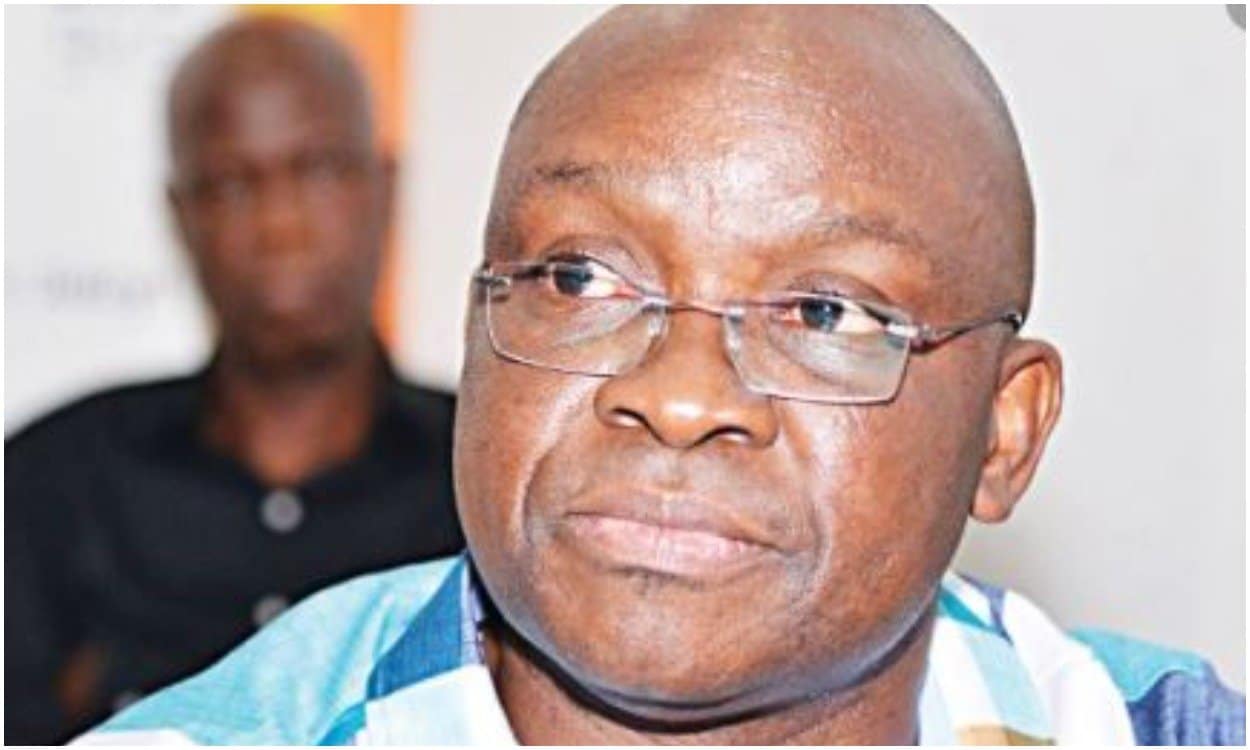 On Wednesday former Governor of Ekiti State, Ayodele Fayose, was assaulted at the PDP’s campaign rally for the Ondo State governorship election.

Accussing the Governor of Oyo State,  Seyi Makinde, and former Deputy National Chairman of PDP, Chief Bode George, of masterminding the assault on him, Fayose claimed he was making his way to the podium when his cap was removed and he was almost beaten.

Reacting through his Media Aide,  Lere Olayinka, the former governor said despite the shameful act, he won’t stop saying the truth concerning the running of the party in the Southwest zone and those who have failed to produce any result in Lagos State since 1999 will be made to retire.

He said he will make formal report of the incidence to the security agencies and the party relevant authorities.

“That’s how late Chief Bola Ige’s cap was removed in Ile Ife,  Osun State then and we all know what happened later. So this one will not be ignored and treated as one of those things,” he said.