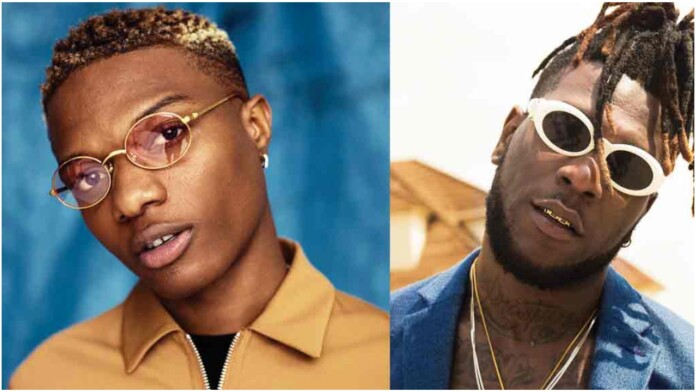 Following the dissolution of the Nigerian Special Anti-Robbery Squad (SARS), music producer, Don Jazzy, Wizkid, Burna Boy and other celebrities have taken to twitter to react.

Kemi Filani recalls that for almost one week now, most of these Nigerian celebrities have lent their voice and also joined the protest for the Federal Government to put an end to the brutality and extra-judicial killings by operatives of the Special Anti-Robbery Squad (SARS).

“Congratulations Nigerians. Y’all did it. This is just the beginning tho. But yes we can go all the way. Now we can help the police get enough funding from the few thieves holding it at the top. So they can police us right.”

Burna Boy wrote “They have now allegedly disbanded SARS but so much more needs to be done!! Police cars revolving light SARS is more than a “unit” its a mindset built from a lack of repercussions for the law enforcement. It’s not over yet family! Flag of Nigeria #ENDPOLICEBRUTALITY #STARTPOLICEREFORM”

Wizkid wrote “This is just the beginning!! We won our fight to #ENDSARS .. now Reform the Nigerian police!! #Endpolice brutality! We deserve good governance! #Endpolicebrutality”

Jim Iyke wrote “Congratulations Nigerians, SARS has been dissolved, and I’m genuinely overwhelmed… But don’t be carried away.

@mrmacaronii wrote “Nigerian Youths!!!!!! We have a voice!!! This is the beginning of a New Nigeria!!!!! SARS has been dissolved!!!”

"We won! Nigerian youths, don't let anyone tell you, you don't have a voice" – Wizkid speaks after SARS was dissolved. . . Follow @mediagist for more exclusive updates.