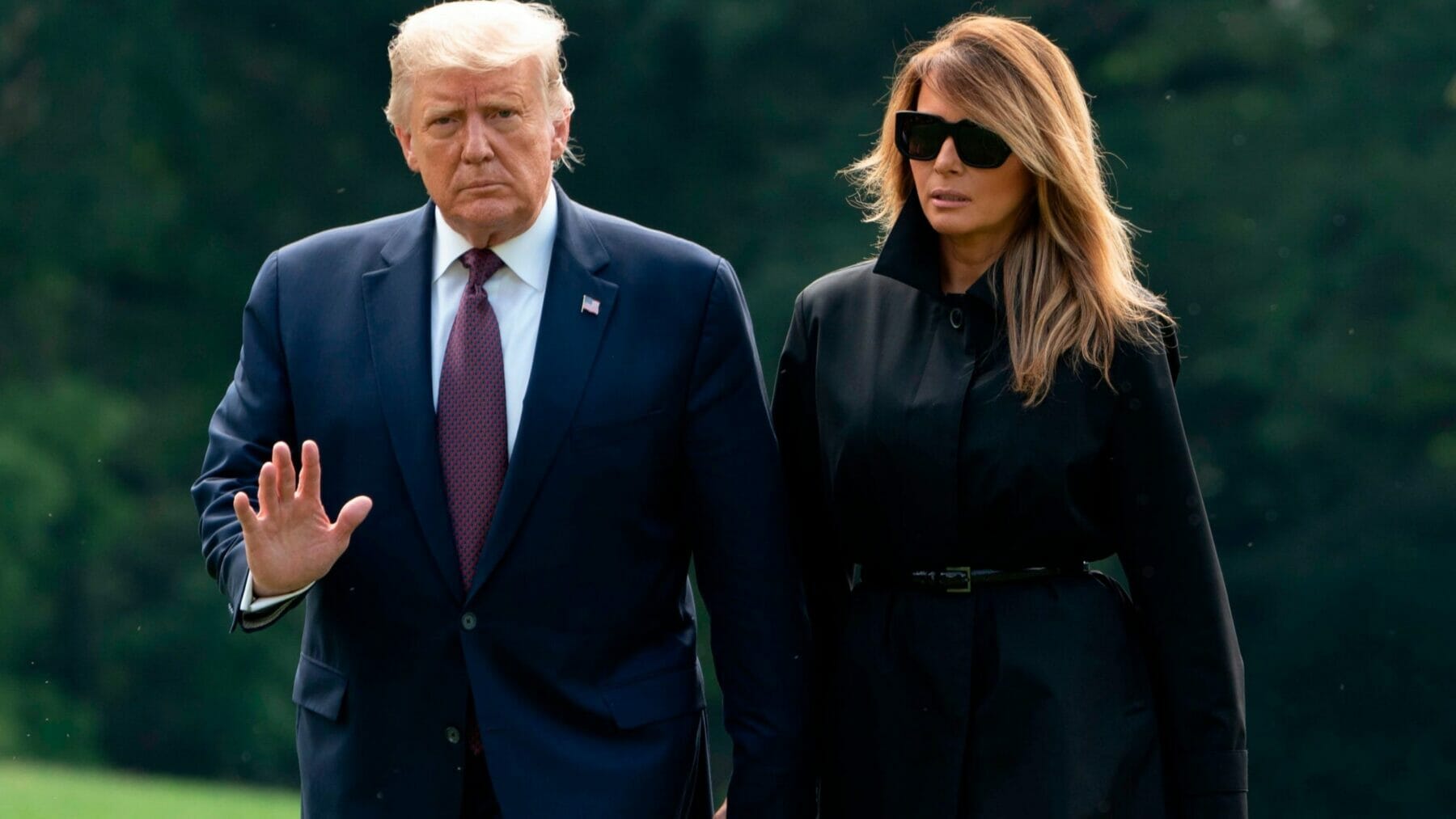 The president tweeted: ‘Tonight, @FLOTUS and I tested positive for COVID-19. We will begin our quarantine and recovery process immediately. We will get through this TOGETHER!’

‘Whether we quarantine or whether we have it, I don’t know,’ Trump, 74, said during a call-in interview with Fox News Channel’s Sean Hannity on Thursday night. ‘I just went for a test and we’ll see what happens.’

He later tweeted: ‘Hope Hicks, who has been working so hard without even taking a small break, has just tested positive for Covid 19. Terrible! The First Lady and I are waiting for our test results. In the meantime, we will begin our quarantine process!’

The president said he expected to have the results back either Thursday night or Friday morning.

The White House is understood to normally use rapid 15 minute testing and one reporter on board the flight Wednesday said he already has a negative test result back. But a study in May said the quick response testing might miss infections, reports, and laboratory tests can take longer for a result.

It can take days for an infection to be detectable by a test, and it was unclear what Trump’s quarantine entailed. Minutes before his tweet, the White House distributed a schedule for Friday that showed he planned to go forward with a fundraiser at his Washington, D.C., hotel and a political rally in Sanford, Florida.

Hicks began feeling mild symptoms during the plane ride home from a rally in Minnesota Wednesday evening, according to an administration official, who spoke to the Associated Press on condition of anonymity to disclose private information.

She was quarantined away from others on the plane and her diagnosis was confirmed Thursday, that person said.

Hicks had traveled with the president multiple times this week, including aboard Marine One, the presidential helicopter, and on Air Force One to the rally in Minnesota Wednesday.