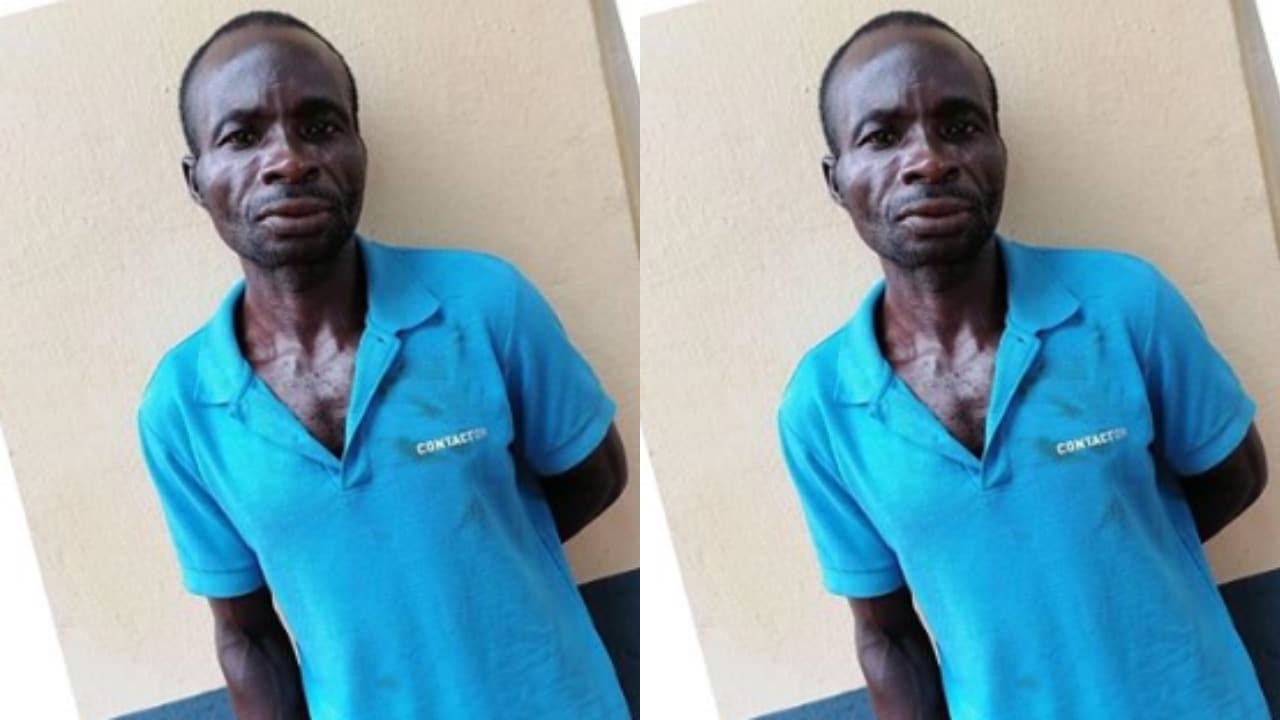 A 46-year-old man identified as Michael Nwoha has been arrested by the police for allegedly defiling three underaged boys at his residence, at No.10 Uke Street 3-3 Nkwelle Ezunaka in Oyi LGA of Anambra State.

According to the State’s Police Spokesperson, SP. Haruna Mohammed, the suspect made a voluntary confessional statement to the police and blamed his act on demons.
“Demons pushed me into raping three different underaged boys” he said.

Meanwhile, scene of crime was visited by Police detectives and the victims were taken to the hospital for medical examination.